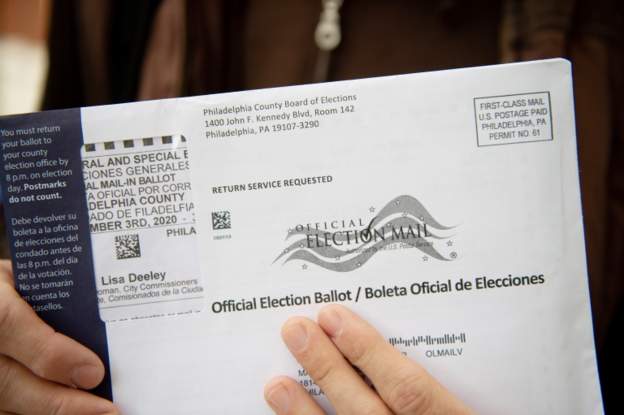 Pennsylvania - the state of Joe Biden's birth - handed the president-elect his victory, with major news organisations projecting him to have clinched its 20 electoral votes on Saturday.

Donald Trump, however, has made numerous unsubstantiated allegations about voter fraud, and has filed several lawsuits there.

The day after the election, his campaign filed a suit alleging a lack of access for poll watchers, demanding they be allowed to stand closer to the count. The next day they filed a federal suit to stop the count in Pennsylvania, which was rejected.

Election officials in the state insist they have behaved properly. And it's unclear how likely any of this is to succeed.

Another Trump campaign suit filed on 9 November demanding a stop to the certification of results was dismissed as "meritless" by Pennsylvania's attorney-general.

In the background is a dispute over postal ballots received after election day, which could end up in the US Supreme Court.

Before 3 November - election day - state Republicans demanded that any votes which arrived after that date even if postmarked before should not be counted, something a court rejected. The Supreme Court was eventually deadlocked on the issue - before its newest ninth justice Amy Coney Barrett was confirmed - and this legal challenge continues.

State officials say the 10,000 ballots that arrived in the three days after 3 November have been kept to one side after a court order to do so. After 99% of ballots have been counted, Joe Biden is ahead of Donald Trump in the state by 53,000 votes.