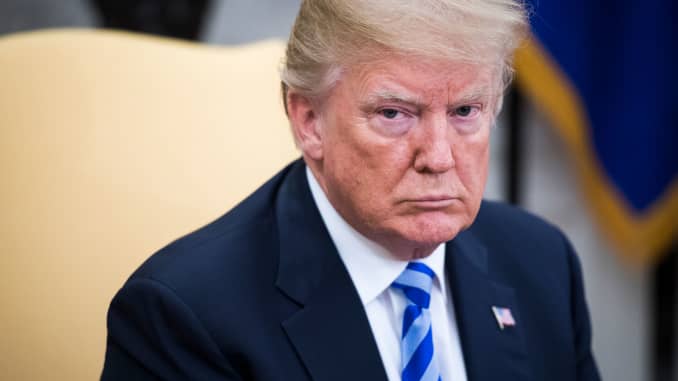 "I just want to find 11,780 votes," Mr Trump told Republican Secretary of State Brad Raffensperger in a recording released by the Washington Post.

Mr Raffensperger is heard replying that Georgia's results are correct.

It comes ahead of two crucial runoff elections in Georgia on Tuesday that will decide which party controls the Senate.

Since the 3 November vote, Mr Trump has been alleging widespread electoral fraud without providing any evidence.

All 50 states have certified the election result, some after recounts and legal appeals.

Congress is due to formally approve the election result on 6 January and Mr Biden, a Democrat, is due to be inaugurated as president on 20 January.

All 10 living former US defence secretaries have urged President Trump not to question the election results in an opinion piece for the Washington Post. The group also said he should not involve the military in voting disputes, an idea that's been mooted by some of Mr Trump's supporters.

What happened during the Trump call?
In excerpts of Saturday's phone call released by the Washington Post, Mr Trump can be heard alternately cajoling and pressurising Georgia's secretary of state.

He insisted that he had won the election in Georgia and told Mr Raffensperger that there was "nothing wrong with saying you have recalculated".

Mr Raffensperger responded by saying: "The challenge you have, Mr President, is that the data you have is wrong."

Later in the call, Mr Trump said the rumour was that ballots had been shredded and voting machinery had been removed from Fulton County in the state - claims denied by Mr Raffensperger's lawyer.

The president then threatened the official with possible legal consequences.

"You know what they did and you're not reporting it. That's a criminal offence. You can't let that happen. That's a big risk to you and to Ryan, your lawyer," Mr Trump said.

He told Mr Raffensperger he should re-examine the result in the state.

Mr Trump also warned Mr Raffensperger that by refusing to recalculate the election result he would deter Republicans from turning out to vote in Tuesday's runoff elections for the Senate.

If the two Democratic contenders win, then there will be equal numbers of Republican and Democratic senators, and Kamala Harris, as vice-president-elect, will have the deciding vote.

On Sunday Mr Trump tweeted that Mr Raffensperger had not given details of the fraud the president alleges. "He has no clue!" the president tweeted.

Mr Raffensperger tweeted back: "Respectfully, President Trump: What you're saying is not true. The truth will come out."

The White House has not commented on the release of the audio.

Senate Minority Whip Dick Durbin, a Democrat, said Mr Trump was "unhinged and dangerous" and that his call to Mr Raffensperger merited "nothing less than a criminal investigation".

Moderate Republican Adam Kinzinger also tweeted: "This is absolutely appalling. To every member of Congress considering objecting to the election results, you cannot - in light of this - do so with a clean conscience."