US slaps sanctions on 5 Venezuelan officials 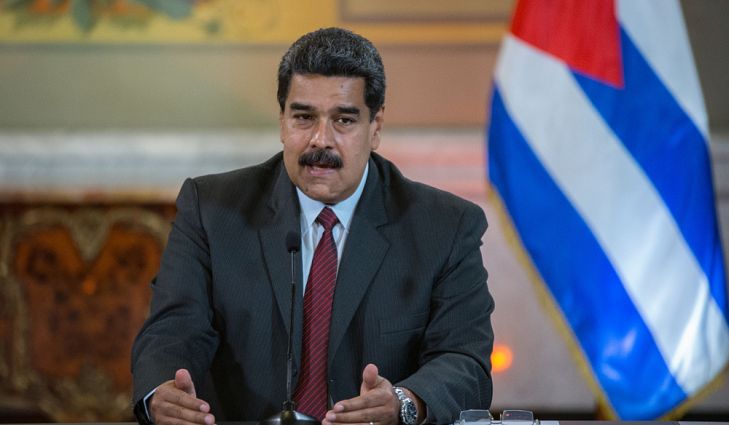 The Trump administration has sanctioned five top officials of the Venezuelan government as part of its ongoing maximum pressure campaign to force embattled President Nicolas Maduro to step down.

The United States has been tightening its financial and diplomatic vices on the Maduro regime since at least 2017 but has increased its efforts from early this year after the Venezuelan National Assembly deemed Maduro’s 2018 election illegitimate.

Over 55 nations, including the United States and other Western countries, have thrown their support behind opposition leader and self-appointed interim president Juan Guaido. However, Maduro has clung to power despite the U.S.-led push to unseat him through sanctions and other diplomatic means. The United States blames his government for causing the country’s economic collapse and committing human rights abuses against its people.

Since becoming president in 2016, Donald Trump has added over 132 Venezuelans to the U.S. sanctions list as well as the country’s state oil company, government and central bank, according to the Congressional Research Service.

The sanctions imposed Tuesday restrict the sale, transfer or dealing of property in the United States owned by the listed individuals for their role in aiding the Maduro government.

“Treasury is identifying high-level officials acting on behalf of the oppressive regime of former Venezuelan President Nicolas Maduro, which continues to engage in egregious levels of corruption and human rights abuses,” Treasury Secretary Steven Mnuchin said in a statement.

The sanctioned individuals include: Remigio Ceballos Ichaso, an admiral in the Venezuelan Navy and commander of the Strategic Operational Command of the National Armed Forces; Nestor Neptali Blanco Hurtado, a major in the National Guard; Jose Adelino Ornelas Ferreira, secretary-general of the National Defense Council; and Carlos Alberto Calderon Chirinos, a senior National Intelligence Service official.

Pedro Miguel Carreno Escobar, a deputy of the Venezuela national Constituent Assembly, was the only member sanctioned Tuesday not a part of the country’s military apparatus.

Secretary of State Mike Pompeo said the five officials were punished for associating with corruption, human rights abuses, acts of intimidation and violence.

While Maduro and his associates continue to enrich themselves, the Venezuelan people suffer brutality, violence and oppression at the hands of the intelligence, security and armed forces,” Pompeo said in a statement. “Today’s action demonstrates the United States’ continuing commitment to maintain maximum pressure on the former Maduro regime to help ensure a democratic transition in Venezuela.”

In response, Venezuela’s Foreign Minister Jorge Arreaza warned Pompeo that those who don’t respect international law or human rights will eventually be held accountable, accusing the United States of being led by a warmongering, anti-democratic elite.

Tuesday’s sanctions, Mnuchin said, are to “harmonize” U.S. efforts with those of its international partners, including the European Union and Canada, who have already sanctioned some of the individuals.

“It’s important for the United States to continue imposing maximum pressure with our international allies against members of the illegitimate Maduro regime and work together to advance democratic values in our hemisphere,” Rubio said in a statement. “As dictator Nicolas Maduro and members of his narcoterrorist regime attempt to maintain their grip on power, the United States continues to stand firmly with the Venezuelan people in defence of their quest for freedom and restoration of democratic order.”