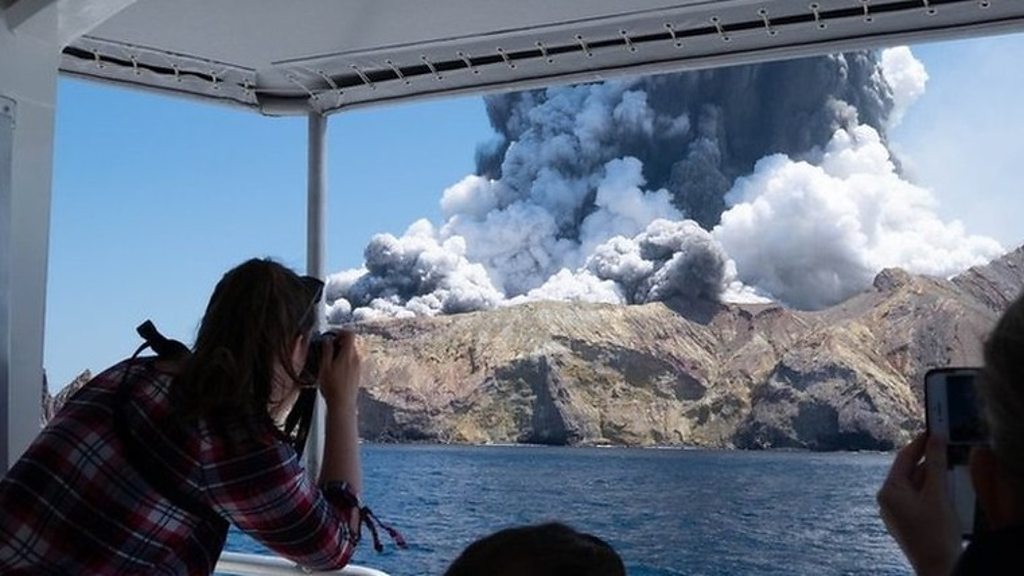 Authorities had hoped they might be able to retrieve the eight people presumed dead on the island.

So far, six people have been confirmed dead in the tragedy. Another 25 are in critical condition in hospital with severe burns.

The volcano, also known as Whakaari, erupted on Monday when dozens of tourists were on the island.

"I've spoken to many of those involved in the operation and they are very, very eager to get back there, they want to bring people's loved ones home," Prime Minister Jacinda Ardern told reporters.

Meanwhile, the identification process and post mortems of the victims are underway.

Why is the recovery delayed?

"Since around 4:00 am this morning the level of volcanic tremor has significantly increased at the island," geological agency GeoNet said in a Wednesday statement.

"The situation remains highly uncertain as to future activity. Eruptions in the next 24 hours are still likely to occur."

Police said the latest seismology update meant recovery teams had no choice but to wait.

Police Minister Stuart Nash said there were also poisonous gases coming from the volcanic vent and that the island was blanketed in a thick layer of acidic ash.

With measuring equipment on the island still intact, GeoNet can give regular updates on the situation, allowing police to assess risk of sending recovery teams.

Reconnaissance flights have shown no signs of life on the island and officials believe there are no survivors among the eight missing.

What state are the injured in?

White Island is a popular tourist destination with frequent day tours and scenic flights available. At least 47 visitors from around the world were on the volcano crater at the time of two explosions in quick succession.

Police said that of the 30 injured, 25 are in a critical condition while the other five are classed as stable but serious.

Mr Nash explained the injuries to the survivors were so severe that some of them were unable to identify themselves.

"There are a number of people in hospital who cannot communicate, they have significant burns not only to skin but internal organs," he told Radio New Zealand.

"We wish them the best but we're not out of the woods yet, of that there's no doubt."

What do we know about the victims?

Officials said they are working with disaster specialists and forensic experts to identify the victims so they can be returned to their families.

But some identities have been revealed by relatives and the media.

The first victim to be identified was tour guide Hayden Marshall-Inman, a local of nearby town Whakatane, who has been named by his brother on Facebook.

The second person confirmed to have died is from Malaysia, the country's High Commission said.

On Wednesday, an Australian mother and her daughter were confirmed dead by Australian media.