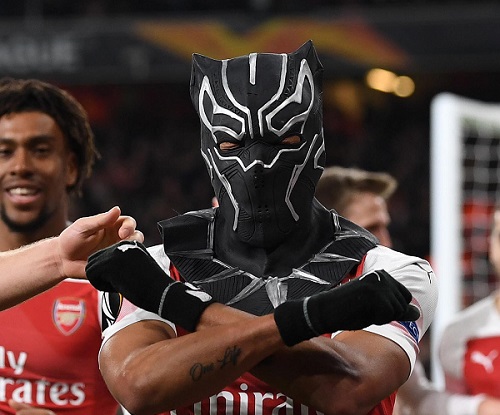 People around the world have paid tribute to Hollywood film star Chadwick Boseman following his tragic death from colon cancer.

Boseman's death sent shockwaves throughout the entertainment industry when the news was released from his Twitter account early on Saturday morning.

It was revealed that the Black Panther star was diagnosed with colon cancer back in 2016 and fought his illness since then.

And despite filming multiple movies between his diagnosis and death, Boseman looked to be in good health.

But unexpectedly, Boseman's colleagues, fellow celebrities and sport stars have spent the morning writing messages of condolence for the Da 5 Bloods star, who died aged 43.

An inspiration whose impact went far beyond film. Your legacy will live on.#WakandaForever ❤️ pic.twitter.com/8gsoKRPASn

A hero in every sense. Rest in power to Chadwick Boseman whose gifts will live on forever. pic.twitter.com/Krh5knQ7jZ

Hard to hear about this.
Rest in love, brother.
Thank you for shining your light and sharing your talent with the world. My love and strength to your family. https://t.co/hNAWav7Cq8

I woke up today to the sad news, our super hero passed away. I’m so grateful I got to meet you brother. Thank you for all you have done for us. Rest in Power, you were the best of us and will never be forgotten. Love, light and prayers I send to you and your family pic.twitter.com/9sKD3jZP3G

Our hearts are broken and our thoughts are with Chadwick Boseman’s family. Your legacy will live on forever. Rest In Peace. pic.twitter.com/YQMrEJy90x

Rest in Power and Peace Chadwick Boseman.
You inspired the world, you’ll forever be in our hearts T’Challa. #Arsenal pic.twitter.com/zPRxbpXCjd

Boseman came to prominence playing real-life figures - baseball great Jackie Robinson in 2013's 42, and soul singer James Brown in 2014's Get on Up.

However, it will be as the titular Black Panther in the blockbuster 2018 film he will be best remembered.

Boseman stars as the ruler of Wakanda, a fictional African nation with the most advanced technology on earth.

As well as winning critical praise and taking more than $1.3 billion US dollars (£973m) at cinemas worldwide, the film was widely seen as a cultural milestone for having a largely black cast and a black director, Ryan Coogler.

Boseman said last year that the film had changed what it means to be "young, gifted and black".

Black Panther was the first superhero film to get a nomination for best picture at the Oscars.

A sequel was in the works and due to come out in 2022, with Boseman set to return.