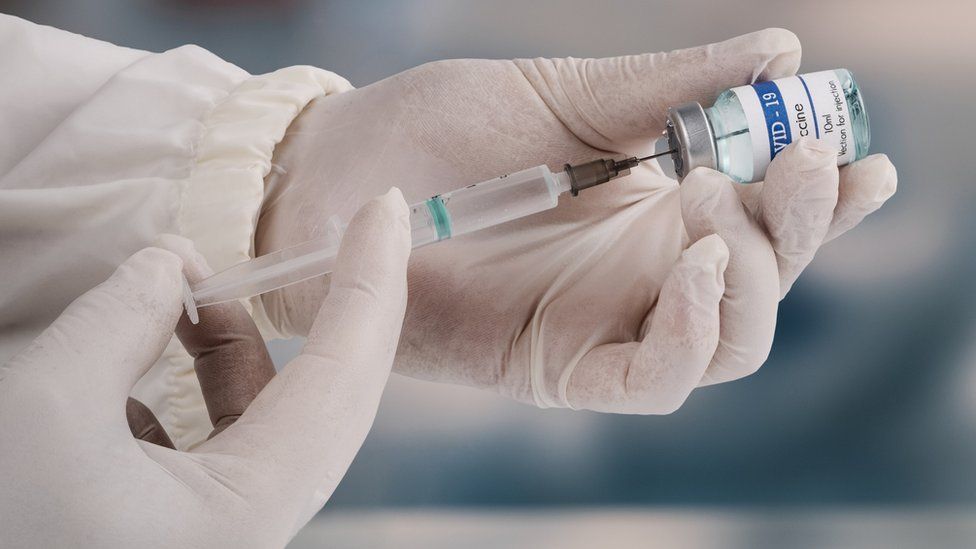 Agreements including waiving patents for Covid vaccines and aiming to reduce overfishing have been passed by the World Trade Organization (WTO).

But it will only last five years, and excludes disease treatments and tests.

Director-general of the WTO Ngozi Okonjo-Iweala said the agreements, reached at a conference in Geneva, would "make a difference to the lives of people around the world".

"The outcomes demonstrate that the WTO is in fact capable of responding to emergencies of our time," she added.

The package of the two highest profile deals on the table - aimed at reducing overfishing and sharing Covid vaccine knowledge - was described as "unprecedented" by Ms Okonjo-Iweala.

The WTO is an international agency with 164 member countries and its main functions are to provide a forum for negotiations to reduce barriers to international commerce, and to administer a system of rules governing trade.

Its rules dictate that all decisions are taken by consensus, with any single member able to exercise a veto.

At one stage, a series of demands from India, which sees itself as the champion of poor farmers and fishermen as well as developing countries, appeared set to paralyse talks but accommodations were found, trade sources said.

The accord to curb fishing subsidies is only the second multilateral agreement setting new global trading rules struck in the WTO's 27-year history and it is hoped it will boost falling fishing stocks.

"This is a turning point in addressing one of the key drivers of global over-fishing." said Isabel Jarrett, manager of The Pew Charitable Trusts' campaign to reduce harmful fisheries subsidies.

UK International Trade Secretary Anne-Marie Trevelyan said the fisheries agreement did "not go as far as many members wanted".

"But it does go some way to delivering what our oceans need and all those that are dependent on them," she said.

Meanwhile, the deal on a partial waiver to allow developing countries to produce and export Covid vaccines had divided the WTO for nearly two years, before a version was finally passed.

But campaigners have said the agreement barely expands on an existing exemption in WTO rules and is too narrow because it does not cover therapeutics and diagnostics.

"Put simply, it is a technocratic fudge aimed at saving reputations, not lives," said Max Lawson, co-chairman of the People's Vaccine Alliance.

Analysis box by Dharshini David, global trade correspondent
Reaching consensus between 164 countries with diverse demands and needs, particularly amidst a cost of living crisis, was never going to be easy.

It required talks to go into 36 hours of overtime, delegates squeezed into airless rooms, denied a glimpse of the picturesque lakeside terraces.

So reaching agreements that could reduce overfishing and safeguard food supplies for the poorest is a victory many thought would be elusive.

The "Geneva package" is not just validation of the WTO's relevance as the body setting the rules for global trade but also it prowess.

However, it also demonstrates its vulnerabilities - for the price has been significant compromise.

The deal for waiving intellectual property rights only covers vaccines for five years, and excludes pandemic treatments and tests. The agreements on fishing subsidies required substantial exemptions for developing countries, while the lifting of restrictions of food exports is limited.

The continuation of tariff-free trade on digital products such as software and films is temporary, while many tricky issues, such wider agricultural subsidies, are being left to the next conference in 2023.

Ms Trevelyan added the deal on Covid jabs was "not about waiving IP [intellectual property] rights", but said it "should make it easier for developing countries to export the vaccines they produce within existing flexibilities".

"The agreements we reached this week may not be perfect, but they do provide a platform on which we can continue to build," she said.