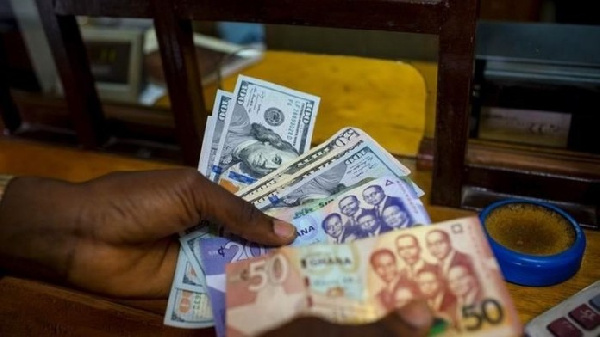 The General Manager in charge of Business Banking at the Consolidated Bank Ghana, Michael Kwansah, has advised entrepreneurs with dollar facilities with banks to convert their loans to cedis or quickly pay off as early as possible to avoid running at a loss.

The value of the Ghanaian cedi has fallen 56 percent this year against the US dollar (USD). Over 25 percent of that loss was in October alone, as decline of the cedi accelerated at its sharpest rate since it was re-denominated 15 years ago.

He said: “Because the cedi is significantly depreciating, your facility in USD will require you to change cedis to repay. If you are earning dollars, then you’re not affected by this, but if you are using cedis to pay for a dollar loan then you are affected. It is better to even convert the dollar facility to cedi payment or pay off now so you know exactly how much you are dealing with. Otherwise, you will be very much exposed because you don’t know what you will be paying next. If you have foreign currency exposure, it is better to pay off now so you can predict your liability”.

He also further emphasised that there is a need for entrepreneurs to have good book-keeping records to make it easier for banks to support MSMEs with loans for expanding and growing their businesses.

He made this statement at a financial seminar organised by the UK-Ghana Chamber of Commerce (UKGCC)-CBG Bank Seminar maiden edition in partnership with the CBG under the theme ‘Access to Finance for MSMEs’.

Mr. Kwansah noted: “As a bank we have a lot of emphasis in supporting MSMEs, so we have identified that this area of accessing loans and good book-keeping records is very important to the economy of Ghana. Access to financing has been a challenge, mainly because they don’t maintain good banking records and good financials”.

He said CBG has sought to support MSMEs by providing them with financial advisory services, and also helped them create banking records to prepare their financials.

Mr. Kwansah said based on these records, in a period of 6 months CBG can advance loans to MSMEs devoid of collateral demands. “They sell, spend the money or use it to pay their suppliers, so without any records, no bank will give you loans for free.”

He revealed that CBG has an export financing product for MSMEs of up to US$100,000. With this, MSMEs can be supported to export their products out of Ghana.

In a statement, the UKGCC noted that access to finance remains a key constraint to MSME growth and development in many emerging economies, including Ghana. “Due to the significant role of MSMEs in supporting inclusive growth, employment and innovation, enhancing their access to finance is critical.”

The statement noted that banks and financial institutions can play a significant role in promoting and expanding financial inclusion for MSMEs, through innovative products to help address the challenges with MSME financing.

Speaking to the topic ‘Access to Finance for MSMEs’, Sophie Nanteza of Africeler8 Oakwood Green Africa, said access to finance is a typical problem for entrepreneurs and a very high-risk area to banks: “That’s why banks ask for collateral”.

She said it is important for banks and MSMEs to focus more on addressing capacity building. She believes the majority of MSMEs are not well-equipped and don’t have the drivers for entrepreneurship.

“They are entrepreneurs out of necessity, so they don’t take their time to learn growth mechanisms. When we say capacity, it’s about tools to deliver and not just the skills. These tools could be software or digital upgrades.”

Madam Nantenza emphasised that there is a need to give more training on how to borrow the exact amount needed by MSMEs. She says MSMEs need to be trained on what goes on into accessing loans, so they don’t overstate or understate the loans they need.

“Because banks do due diligence to ensure that they’re giving to the right people, and once they see such irregularities you make them doubt your capacity.”

The seminar, a hybrid virtual/in-person event, engaged experts and business leaders in a discussion meant to highlight MSME challenges and propose tools for enhancing their access to finance.