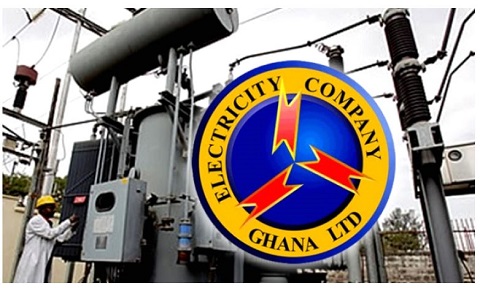 The Electricity Company of Ghana, ECG, has retrieved more than ¢21.5 million from individuals and companies which had illegally connected electricity to their premises in the Ashanti Region in 2018.

Apart from the money recovered, about GH¢7 million was yet to be paid to the ECG by others who were also caught involved in illegal power connection.

In an interview, the Ashanti Regional Communications Manager of the ECG, Mr Erastus Kyere Baidoo, said last year the company engaged in a massive revenue protection exercise to rid the system of illegal connections and seal all the loopholes that led to revenue leakages.

He said in the process, it recovered GH¢21.515 million from people who had engaged in illegal connections.

Mr Baidoo said those who were caught in the illegal act were surcharged and made to pay for the power consumed before being reconnected to the grid.

According to him, those who were unable to pay outright were given up to three months to pay for the power stolen.

“You need to pay at least 75 per cent of the penalty before you are reconnected,” he stated.

He said in all, the ECG examined 119,349 meters and detected a number of illegalities.

He said while some customers had tampered with the meters, others had engaged in ‘meter bypass’, where customers connected their appliances without the consumption being recorded in the meter.

A total of 334 customers had tampered with their meters, while another 338 did meter bypass.

Mr Baidoo said during the exercise, the team recovered 10,142 meters which were unauthorised.

He explained that those meters were under the Self Help Electricity Project (SHEP) but found their way into areas outside the SHEP areas.

According to him, since those meters were outside their jurisdictions, their consumption was not captured by the system.

Mr Baidoo said the company would intensify its public education on the consequences of illegal connections, which included prosecution and jail terms.

He said the ECG was bringing its services to the doorstep of its customers by opening more business centres to meet the demands of customers.

According to him, as part of measures to cut down on power theft and reduce customers’ indebtedness, the company was increasing the replacement of postpaid meters with prepaid meters.

He urged all would-be customers of the ECG to feel free to contact the company for its services and not use third parties.