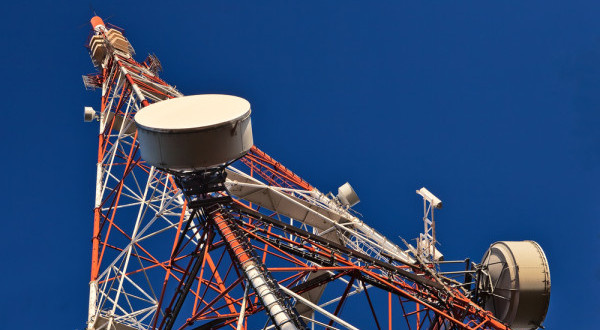 The National Communications Authority (NCA) will in the coming days begin the implementation of specific policies to ensure a level-playing field for all network operators within the telecommunications industry.

Government, through the Ministry of Communications, has directed the NCA to enforce the provisions of the Electronic Communications (EC) Act 2008 and the National Telecommunications Policy to address glaring disparities in market share and revenue share in the sector.

This Policy Directive is motivated by evidence of a growing market imbalance and creation of a near-monopoly in the telecom sector, a statement signed by the Minister of Communication, Mrs Ursula Owusu-Ekuful said.

The statement said the imbalance potentially exposed the country to the dictates of the dominant operator and negatively impacts on competition and choice for the consumer as well as investments within the sector.

READ ALSO: UNIPASS : GUTA wants to know who bears the cost of demurrage, rent charges at the port

The policy is therefore aimed at ensuring proper and healthy competition among telecommunications players, secure a much better pricing policy for the consumers and facilitate a sound regulatory regime.

Industry Statistics released from the Statistical Bulletin – Quarter 4, 2019 of the National Communications Authority (NCA) indicate that MTN has almost 75 per cent of telecommunications market share.

A review of these reports have shown that the trend was over a three (3) year period and continued into the first quarter of 2020 as well.

These statistics while impressive and showing growth within the telecommunications and financial sectors clearly show an uncompetitive and unprofitable environment for less dominant players in the industries.

Under the National Telecommunications Policy (NTP), any operator with 40 per cent or more market share in voice, data, SMS and value-added services like Mobile Money, is considered a Significant Market Power (SMP).

The NCA in accordance with the above has, therefore, declared SCANCOM (MTN) as a Significant Market Power (SMP).

With this designation of SMP, the Regulator is required to take corrective measures under the law to facilitate more market competition, ensure proper pricing for consumers and facilitate the overall growth of the telecommunications industry.

Government, through the Ministry of Communications, acknowledges the investments MTN has made in their operations over the years and noted that their investments have enhanced their operations, however, its growing dominance has impacted negatively on competition and consumer choice, necessitating corrective action.

The NCA’s functions and duties in this regard are outlined in the National Communications Authority Act 769 of 2008, Section 3e of which states that, “the Authority shall ensure fair competition amongst licensees, operators of communications networks and service providers of public communications”.

To correct this imbalance, the NCA will apply the following measures in the exercise of its regulatory mandate; Asymmetrical Interconnect rate in favour of the disadvantaged operators, setting of floor/ceiling pricing on all minutes, data, SMS, Mobile Money, review and approve all pricing by the SMP as required by law, Require SMP not to have differential prices for on-net and off-net transactions, Ensure various operator vendors are not subject to exclusionary pricing or behaviour and Ensure that SMP’s access to information does not disadvantage any value-added service of non-SMP operators.

Require operators to present implementation plans on National Roaming Services within the next 30 days for execution on or before the next 90 days.

These measures kick in immediately and the NCA is expected to work with all Network Operators who must cooperate to ensure it is done painlessly.

“We have come a long way in a very dynamic industry, which has seen ancestors of all the current operators being the dominant player at one stage.

Meanwhile, MTN Ghana said it respects the NCA’s purview to regulate the telecommunication sector in Ghana based on legislation and best practices.

However, MTN Ghana has not yet received the formal notification from the regulator and awaits this to assess the details.

Until then, MTN Ghana will refrain from making any public statements or comments on this matter.