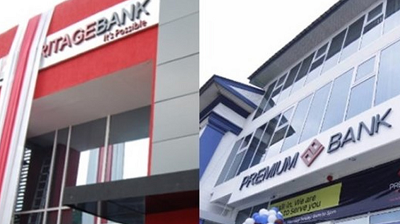 Workers of the collapsed Heritage and Premiums banks have been given a three-month contract to work with  Consolidated Bank Ghana Limited (CBG).

The receiver of both banks, Mr Vish Ashiagbor of PricewaterhouseCoopers (PwC), terminated the contract of workers of the two erstwhile banks.

The workers numbering 200 will have the opportunity to work with the Consolidated Bank Ghana Limited (CBG) but just for a period of three months.

The workers were issued letters announcing the termination and the contracts this week after the licences of their former employers were revoked on January 4.

The Bank of Ghana, which revoked the licences, approved a purchase and assumption agreement with CBG to takeover some of the assets and all liabilities of the now defunct banks.

One of the letters, which was signed by the receiver, Mr Vish Ashiagbor of PrincewaterHouseCoopers (PwC), said: “as explained to you on Friday, January 4, 2019 by virtue of the receivership, your contract of employment has terminated.

“For the avoidance of doubt, your working relationship is not suffering from severance under Section 65 of the Labour Act 2003 (Act 651),” it said.

It explained that the receiver intends to engage the services of the workers “for a period commencing from January 8, 2019, and ending 31 March 2019.

“You are being immediately seconded to CBG and you will continue to work under the direction of CBG management at your existing branch/office,” the letter said.

It concluded that further details on the contract will be communicated to the workers.

In August 2018 when CBG took over five banks under similar circumstances, about 3,000 former employees of the uniBank, Royal, Construction, BEIGE and Sovereign banks were sent home.