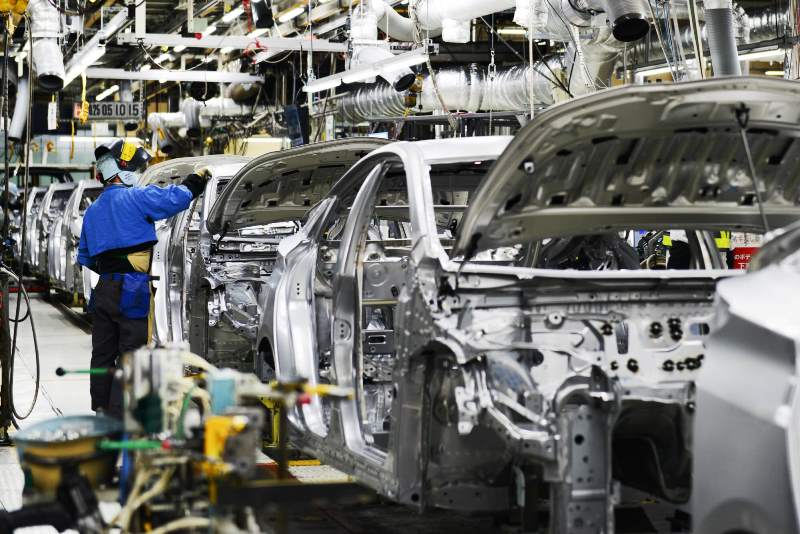 Toyota has postponed the assembling of its cars in Ghana due to the outbreak of the Covid-19 pandemic.

Toyota was expected to this year begin the assembling of some of its cars in Ghana.

Head of Sales at Toyota Ghana Andrew Lamptey said the plan has been delayed by the Covid-19.

He said the company will soon issue a statement after Ghana has opened its borders indicating the modalities for the assembling of the cars locally.

Andrew Lamptey also revealed that the government of Ghana has been very supportive of the initiative.

"Government is assisting to ensure that everything is put in place for the assembly plant..."

The President and Chief Executive Officer (CEO) of the Toyota Tsusho Corporation, Ichiro Kashitani, last year gave an assurance that the first Toyota vehicle to be assembled in Ghana under the current administration will be unveiled by August this year.

Mr Kashitani, who said this when the Toyota Tsusho Corporation signed a memorandum of understanding (MoU) with the government of Ghana for the establishment of a Toyota and Suzuki assembly plant in Ghana, said: “We consider this agreement as marriage since it is a long-term project.”

He expressed appreciation to the government of President Nana Addo Dankwa Akufo-Addo for its help and support towards the realisation of the project.

Present at the signing ceremony was the Chief Operations Officer in charge of the Africa Division of Toyota Tsusho, Mr Imai Toshimitsu.

He explained that the decision taken by the company to set up in Ghana was necessitated by the favourable economic climate in Ghana, adding that details of the work to be undertaken in Ghana, including the volumes and models of the vehicles to be produced, were in the MoU.

“We are willing to participate in the automobile industry in Ghana and so I am very happy that we have reached a consensus and also a principal agreement to start the Toyota and Suzuki assembly plant.