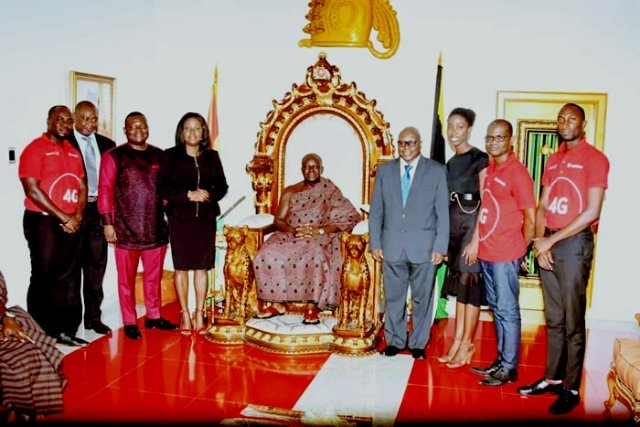 Vodafone Ghana have been commended by Otumfuo Osei Tutu II for appointing a Ghanaian CEO to steer the affairs of the company.

Yolanda Cuba was returning to a role as Chief Strategy Officer at Vodacom South Africa, having completed her three-year assignment in Ghana.

Commenting on the appointment during a courtesy call on him by the Management of Vodafone to officially introduce the new CEO to him, Otumfuo Osei Tutu said it was satisfying that the telecoms giant has finally appointed Ghanaian to be at the helm of affairs.

"I commend you for this achievement and I’m confident that she will be given the needed support to succeed and build on the legacy of Yolanda by taking the company to greater heights,” he said.

The Vodafone delegation to the Asantehene was led by Board Chairman Dr Kobina Quansah, External Affairs Director, Gayheart Mensah and Human Resources Director, Ashiokai Akrong and other Vodafone officials from the Accra and Kumasi offices. 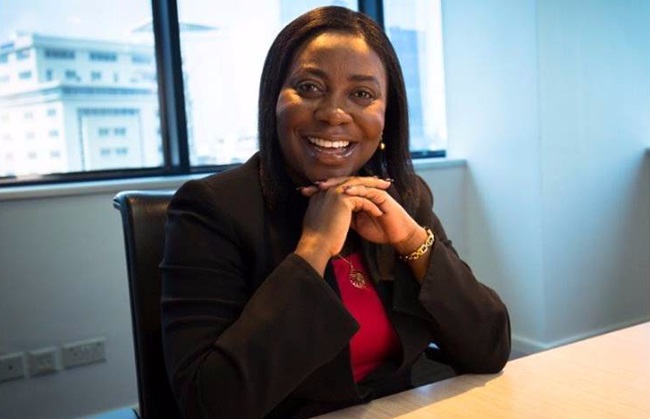 Speaking during the visit, Chief Executive Patricia Obo-Nai said: “I want to, first of all, congratulate Nana on the occasion of the Twentieth Anniversary of his coronation. I also commend him for his unparalleled contribution and leadership in the economic and social development of this region. Finally, I want to assure all our customers that we will continue to remain a leader in innovation and creativity in the industry whilst ensuring that their technological future is exciting.”

The visit was also to update the Otumfuo on the upcoming Asantehene Golf Open Championship, for which Vodafone is the headline sponsor. This year’s tournament, which begins on May 8th, 2019, is expected to assume another dimension of prominence as it coincides with the 20th Anniversary of the coronation of the great monarch.

The team also donated a cheque of GHC 50,000 towards the celebration of his Royal Majesty’s coronation.