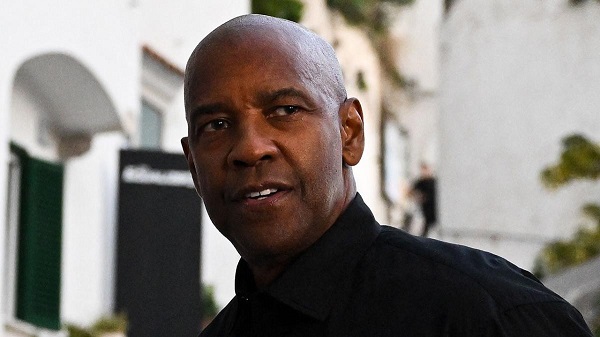 Italian paramilitary police arrested two caterers working on Denzel Washington’s “The Equalizer 3” action flick after seizing 120 grams of cocaine during a raid on their hotel rooms.

The drug bust took place Tuesday afternoon at a hotel near the town of Maiori on the Amalfi coast. It followed the sudden death of the production’s head of catering.

The Italian newspaper Il Giornale reported that the 55-year-old man collapsed upon exiting a local pub and later died of a heart attack.

Several packets of cocaine were subsequently discovered in his pockets, leading police to suspect that there might be more drugs on the set of “The Equalizer 3” production.

During Tuesday’s raid, Italian police officers placed two Roman catering workers over the age of 30 under house arrest on suspicion of drug dealing after allegedly seizing the cocaine from their hotel room.

The third installment in “The Equalizer” franchise headlined by Denzel Washington is being filmed on the Amalfi coast in Italy.

Paramilitarily cops raided a hotel housing caterers working on the film production following the death of the head of catering from a heart attack.

The pair was detained after a private event during their day off and were not on set at the time, Deadline reported, citing anonymous sources.

A third caterer was allegedly found to be in possession of a small amount of cocaine “for personal use” and had his driver’s license revoked.

Police also swept the area of the local port, which has been the main staging area for the film production.

The movie is being produced by Sony Pictures in partnership with Italy’s Eagle Pictures, with a third party, Garbo Produzioni, handling logistics on location.

Directed by Antoine Fuqua, “The Equalizer 3” is starring Washington and Dakota Fanning.

Washington, 67, is reprising his role as retired US Marine Robert McCall.

This marks Washington and Fuqua’s fifth project together. They previously collaborated on “Training Day” and the first two installments in “The Equalizer” franchise.