Why marry a corpse? 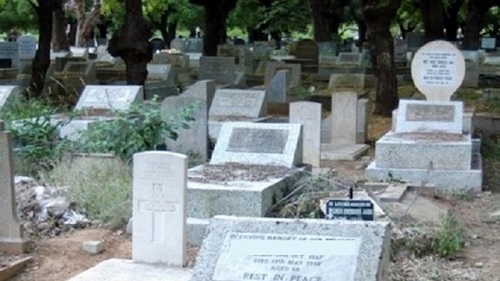 I thought the marrying of corpses (posthumous marriage or necrogamy) was a uniquely African practice for recalcitrant men and women, until I read otherwise. The practice is to be found in Europe and Asia too and it has nuances across continents.

Whereas it is positive in Europe and slightly so in Asia, in Africa, it is a cultural practice to teach a lesson or two to the surviving spouse.

The lesson is: "you should not have taken your wife or husband for granted by not performing the necessary customary rites to formalise the marriage, while he or she lived."

Thus, if a man or woman enters a relationship and refuses to formalise it customarily or by matrimony and the spouse dies, he or she would go through the most harrowing experience of his or her life.

Such experiences are made worse or lessened by the relationship too that the living spouse has with the partner's family.

If the relationship of the living spouse is cordial, the dead spouse's relatives may be considerate and waive off some of the "punishment" for not having done the right thing. If the relationship is bad, the intensity of the "homowing" is turned a notch or two higher.

In some instances, because death brings up all sorts of emotional sentiments, even having a cordial relationship will not matter.

Also, because culturally, socially and economically, it is men who have the capacity to contract and formalise marriage, they tend to suffer the practice most often.

In other jurisdictions, necrogamy is lawful, tasteful and used to ensure that unborn children are not illegitimate or to immortalise an emotional attachment to a dead lover.

Posthumous marriage in Ghana, however, is not governed by national law but by "individual family law and justice."

Men who did not have the capacity to marry, but decided to go ahead regardless; those who had the capacity, but failed to do what was needful and those who went ahead enjoying all the benefits that a wife provides, without honouring the family she came from, are made to perform engagement and marriage ceremonies with their dead wives.
They have to buy wedding gowns, a bride's Bible and all the customary items as if marrying afresh.

In extreme cases, some men are made to go through elaborate marriage rites with their dead wives or stay in rooms alone with the corpses and several other emotionally torturing experiences.

It is emotionally torturing because the mere sight of a corpse is bad enough for a normal strong man, how much more the corpse of a wife and also, having to shop for it and the undergoing elaborate marriage rites with it!

However, can we also blame families, who have nurtured their daughters to adulthood for the actions they take, when their daughters die in mere relationships with men, who did not show respect to them by performing the marriage rites?

Some men too, after the initial “chase” of a woman, get dissatisfied after getting her into bed. They then realise that the emotional exertion was not worth it.

They, therefore, go foraying for other adventures. Meanwhile, the woman succeeded in the “chasing” remains and sees her life with him.

To sidestep the challenge, such men never go forward to formalise the relationship, thinking they may "lock" themselves up in with a woman they are not satisfied with.

If the woman happens to divulge any of that information to any of her family members, then the man is condemned for life.

The relatives bid their time although they do not wish for the death of their daughter.

But when it does happen, the family will ensure that the man gets every bit of the maltreatment he meted out to their daughter.

It is ennobling to do the right thing. Men, please save yourselves from the dilemma of spending on a dead woman. Spend on us, while we live and save yourselves.