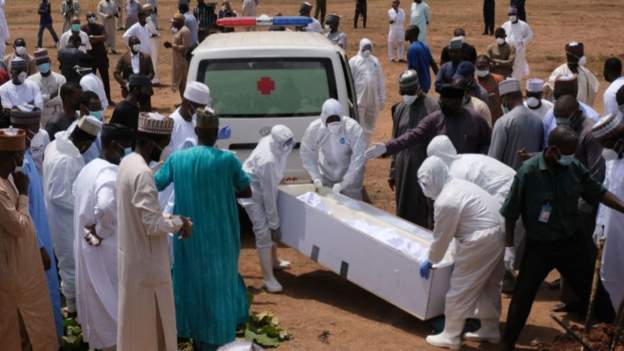 Ghana has recorded 5 new COVID-19 deaths raising the number from 11 to 16.

Dr Patrick Kuma-Aboagye made this known at a press briefing on April 28, 2020, but said they were yet to validate.

"We have received reports of five new deaths, I did not mention the death toll because we are yet to validate to know where those reports were actually recorded, my team is working on that and we will update it on the GHS COVID-19 website".

That has now been confirmed by the Ghana Health Service COVID-19 website.

At the same press briefing, he also announced that Ghana's case total has risen to 1,671 with 188 recoveries.

â€œGhana currently has 1,671 cases confirmed as at this morning. Out of this 568 has come from general surveillance which those who fall ill and approached the hospital and were tested. 105 still remains part of the earlier quarantined in Tamale and those we have from the enhanced tracing thatâ€™s the group that we actually went out to look for, we found a 1,113 bringing our total to 1,671. Currently, about 1,461 are well or no symptoms and are responding very well to treatment. We have about six who are moderate to critically ill, two (2) at UGMC, three (3) in Ga East, and one (1) in Korle-bu as we speak today all the other part of the country we do not have any other critical cases. For recoveries, we have recovered about 188 all these people have recovered and we are waiting on more for the second test to be discharged,â€ the Director-General of GHS said.