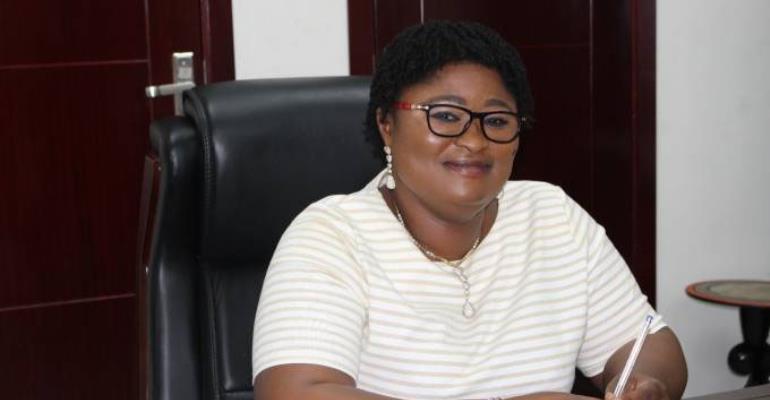 Internal auditors at the Audit Service have described President Akufo-Addo’s dismissal of the former Executive Secretary of the Ghana Export Promotion Authority, Gifty Klenam as “irregular and improper”.

Referring to the Ghana Export Promotion Council Act, the internal auditors held the view that Gifty Klenam can only be sacked by the Minister for Trade and Industry and not the President,

This declaration was made in a Memo from the Audit Service to the Ghana Export Promotion Authority, as part of a special audit into the GEPA, following Gifty Klenam’s dismissal last June.

In the memo, the Audit Team Leader warned that the improper dismissal of Madam Klenam bordered on illegality, and could result in a lawsuit and judgement debt against the government.

In a June 2018 clear-out of CEOs of state-owned institutions, Gifty Klenam together with her two deputies Akilu Sayibu and Eric Amoako Twum sacked.

Meanwhile, the former CEO of Ghana Export Promotion Authority  Gifty Klenam in an interview after her dismissal said the kept mute over her dismissal because she didn't want to embarrass the NPP government. 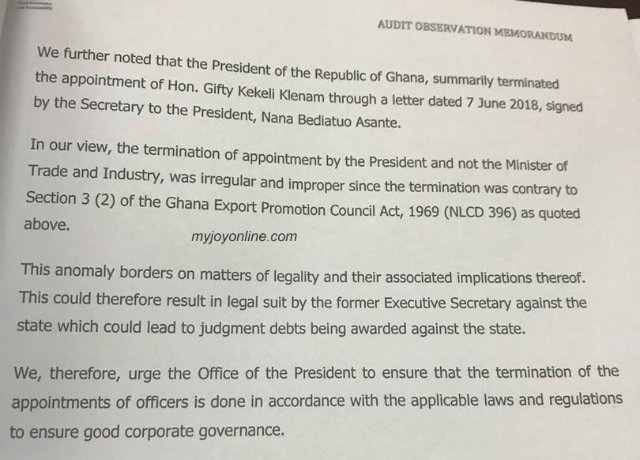 The Ghana Football Association (GFA) will today, June 30 take a decision on the…