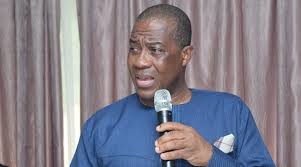 The National Lottery Authority (NLA) is cautioning the Public, Media Organisations and individuals not to fall victim to the operations and activities of lotto fraudsters who are using different platforms and communication strategies to dupe unsuspecting Ghanaians.

A Statement signed by the Public Relations Unit of the NLA and copied to the media said, these Lotto fraudsters use radio stations, television stations, Online platforms, social media platforms and other channels such as text messages, email and telephone calls to dupe unsuspecting citizens.

It said the fraudsters have succeeded in defrauding many unsuspecting Ghanaians through these platforms using the name and logo of the NLA in different formats, pictures of Mr Kofi Osei-Ameyaw, the Director-General of NLA and pictures and images to impose as NLA staff.

The statement said these lotto fraudsters are able to convince people who want to be rich overnight to make Mobile Money Transfers to them in exchange for NLA Winning Lotto Numbers.

It said the NLA would like to state categorically that: “The NLA does not have a Facebook, Twitter or WhatsApp Account/Page and has NOT authorised nor appointed any individual or group of individuals to offer winning lotto numbers to the public.

“Lotto is a game of chance and it is impossible to foretell winning numbers before draws.

"The Authority has NOT designed a Registration form for the public to register for winning Lotto numbers," it added.

The statement said the outcome of draws were conducted in an open and transparent manner and opened to the public for witnessing at 18.30 hours daily for original 5/90 and 0730 hours daily for NLA VAG Lotto except Sundays and public holidays.

It further said that it was absolutely false that NLA Staff, lotto fraudsters and social media miscreants had access to winning lotto numbers.

The statement also said that the NLA Director-General, Mr Osei-Ameyaw was not on Facebook and other Social Media Platforms and he nor the NLA shall not be responsible for any losses incurred by unsuspecting people who were defrauded by these lotto fraudsters and social media miscreants.