Christians top 2018 list of convicted criminals in our prisons 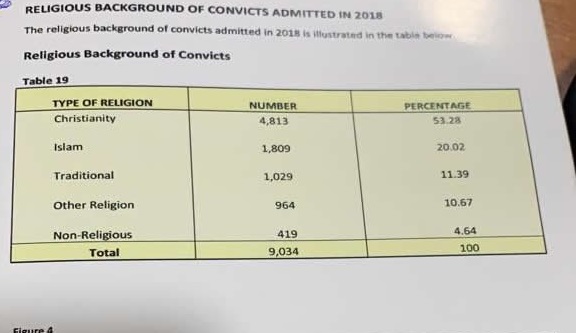 Christians have topped the list of persons jailed in various prison facilities in the country for 2018, according to the Prisons Service’s annual report.

The report shows that out of the 9,034 persons who were convicted last year, a whopping 4,813 representing 53.28 percent were Christians while 1,809 practised Islam. 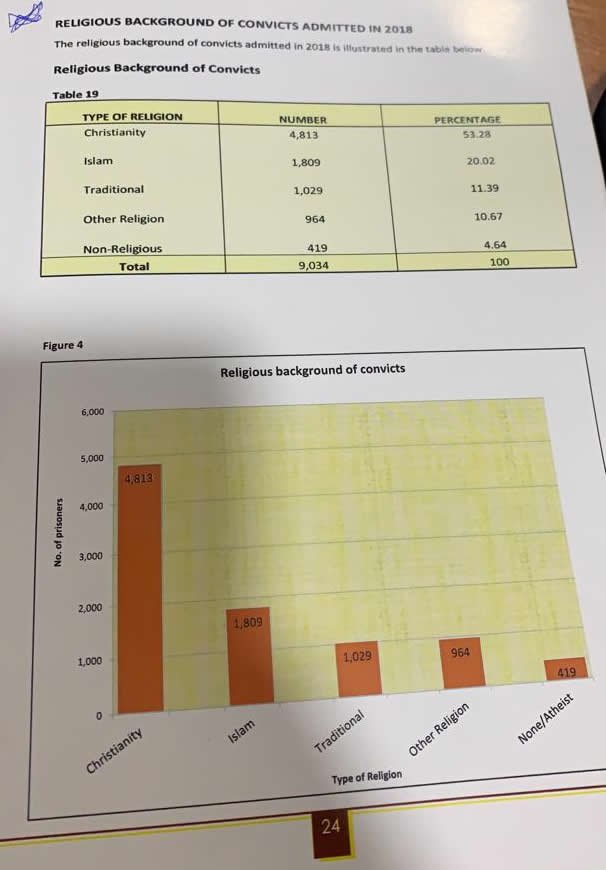 The report also provided statistics on the educational background of these convicts.

Basic school leavers were the highest in that region with 5,888. One thousand four hundred and twenty-seven (1,427) convicts had attained secondary or post-basic education, 1,495 convicts had no formal education while 224 had tertiary education. 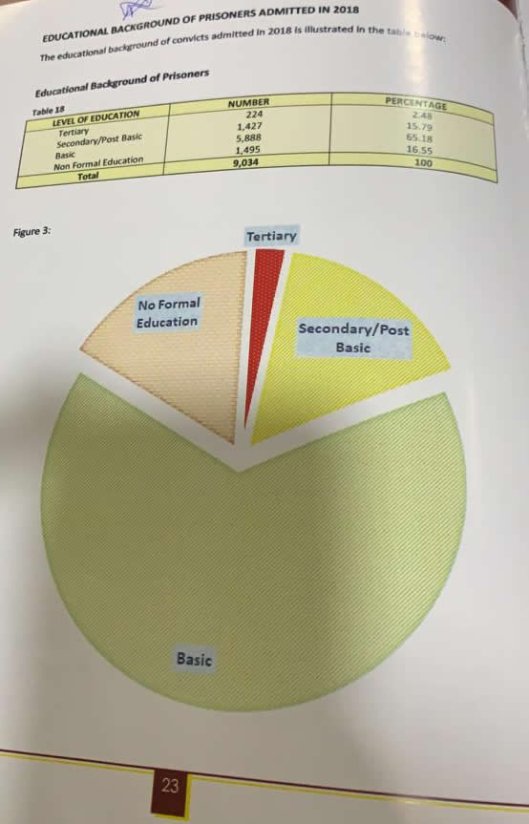 On the admission of foreigners, the report said 445 African have been jailed in Ghanaian prisons with Nigeria recording the highest figure of 156.

There are 112 Togolese in Ghana’s prisons, 59 are Burkinabe and 49 Nigeriens.