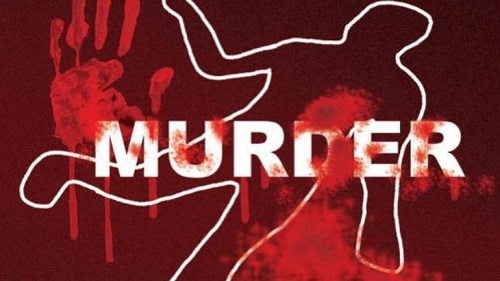 Residents of Shiabu Night Market, a community within Ablekuma West Municipality in the Greater Accra Region, have been thrown into a state of shock and dismay after their neighbour, a man believed to be in his late 30s, an usher of the Assembly of God Church, Mamprobi branch, allegedly murdered his own wife in cold blood.

The suspect was immediately arrested by the Dansoman Police after the killing.

Even though the police are tight-lipped on the matter for fear that people would abuse the system by posting the information on social media, pieces of information available to the DAILY HERITAGE indicate that the couple moved to their current residence six month ago.

A woman, who identified herself as Ms Shirley Tackie, a neighbour, said the couple were living happily and always pounded fufu every Sunday afternoon after church, without any sign of quarrelling among them nor any act to suspect Mr Commodore of such a gruesome act.

She said “we have observed them going out and coming in every day having a normal conversation. They go to church every Sunday morning and any other church activity.”

“For some time now I was not feeling well so I always take medicine at night to aid me to sleep so on that fateful night, I was deeply asleep just to wake around 4:00 a.m. to discover such a gruesome act.”

Another source told the paper that they heard a shout for help but the suspect was holding a kitchen knife threatening to stab anyone who would come close to the spot.

It said that made them call a police officer who lives near-by who came to the scene and immediately called a police patrol team, who responded immediately and were able to open the door and over-power the suspect.

The source added that in the chamber and hall room where the couple lived – with their two children, a female and a male aged eight and five respectively – was the lifeless body of the deceased with multiple mutilations.

“Everything in the room was scattered and turned upside down with bloodstains all over the place and the deceased lying on her back covered with only brassier and a red wrapper,” the source told the paper.

The crime scene was cordoned and taken over by men from the Police Headquarters Crime and Homicide Unit whose initial investigation revealed that Dorcas was stabbed 92 times. The body was conveyed to the Police Hospital for further investigation into the killing.

Three well-dressed gentlemen who came to the house after the murder and were identified as church members and a pastor requested to take possession of the children but the men on duty declined.

One of these men, who refused to mention his name when the reporter wanted to know whether he is the head pastor of the above church, said his recent conversation with the suspect suggested that there was something unusual about him.