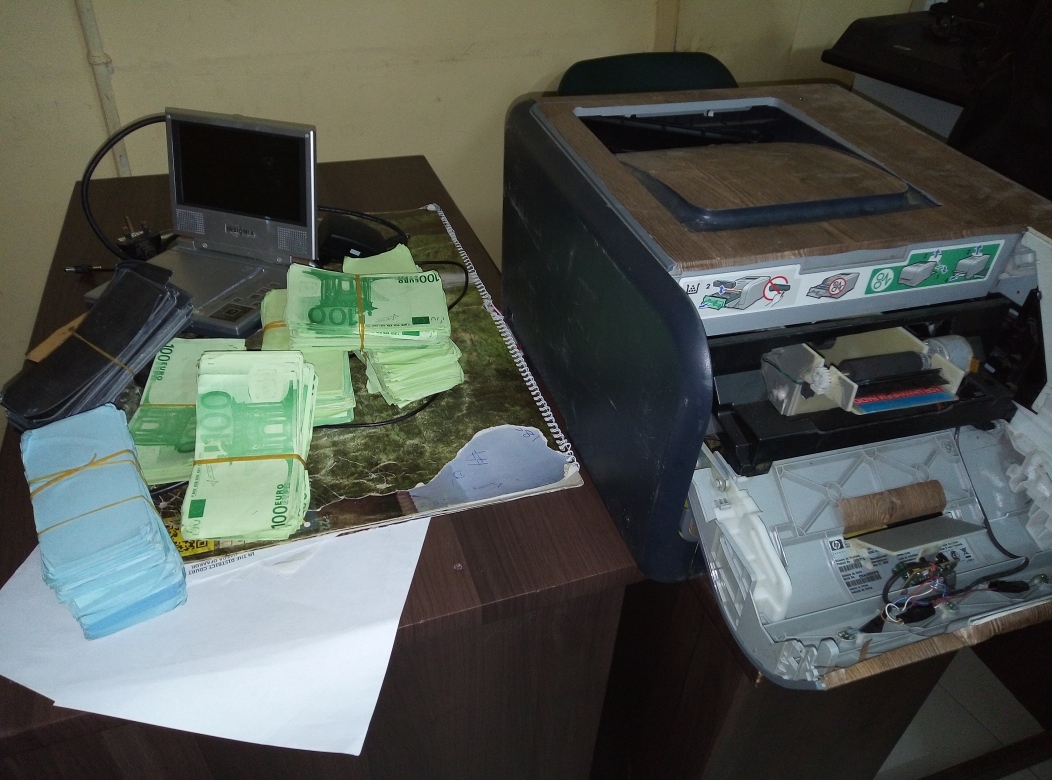 The Kasoa Divisional Police Command in the Central Region has arrested two persons, for their alleged involvement in a counterfeiting scam.

Kelvin Bright, a Nigerian national, and Godfred Mensah, a Ghanaian, are suspected to be part of a gang that prints fake currencies in the Central Region. The third suspect Steven Boahene is on the run.

Speaking to Citi FM, the Kasoa Divisional Crime Officer, DSP Owusu Dwomoh, explained that a printing machine, pieces of papers suspected to be used in printing the fake currencies and some toners were retrieved from the suspects’ hideout.

“The two suspects told the Police that the third suspect Steven Boahen was the one who was printing these fake currencies but currently he is on the run and we are looking for him,” DSP Dwomoh told Citi News Calvis Tetteh.

There were also some fake euro, dollar and cedi notes found on them.

“We found a lot of money in their hideout at Safari, some were dollars and others were euros even including the 20 cedi note,” the crime officer said.

According to the crime officer, personnel from the Ghana Police Service, Counter Terrorist Unit, upon a tip-off, arrested the suspects at Safari along the Nyanyano road in Kasoa.

The suspects have been granted bail whilst investigations proceed.

DSP Owusu Dwomoh also advised residents of Kasoa not to hesitate in reporting suspected criminals to the Police, adding that by doing this, the public could help the police fight crime in the region.

“The public must always report the criminals to us and we will act upon it to help fight the high incidence of crime in the region,” he said.