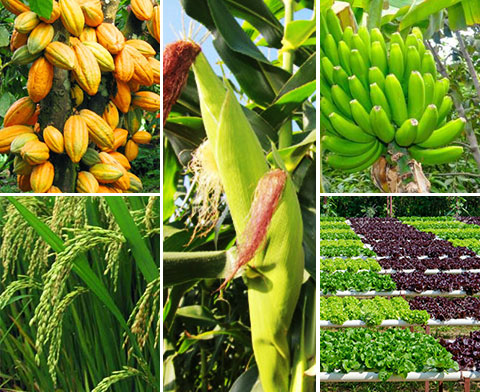 According to him, his tenure of office, over the last three years and ten months, has seen to the creation of a vibrant agricultural sector in Ghana.

Speaking at the celebration, which was held on Friday, 6th November 2020, in Techiman, capital of the Bono East Region, the President noted that, in the immediate years before his assumption of office, the performance of the agricultural sector was nothing short of abysmal, evidenced by growth rates of 0.9% in 2014 and 2.9% in 2016.

In order to remedy the situation, he told the gathering that his Government took the bold decision to embark on a well-thought-through programme for the modernisation and transformation of Ghana’s agriculture, which included increasing productivity on smallholding farms; enhancing food security; diversifying agricultural export earnings; promoting agro-industrialization and import substitution; and creating jobs for the youth.

“This led to the birth of the programme for “Planting for Food and Jobs” (PFJ), in April 2017, which provided strategic direction for realising the stated objectives. The initial focus of the programme was to support the productivity and output of selected food crops, through the provision of heavily subsidised improved seeds and fertilizers,” President Akufo-Addo said.

He continued, “The PFJ has since evolved, over the years, to reflect the comprehensive nature of Government’s strategy to improve agriculture with the introduction of five modules, i.e. food crops, Planting for Export and Rural Development (Tree Crops Module), Rearing for Food and Jobs (Livestock Module), Greenhouse Villages (Horticulture Module), and Farm Mechanisation and Agro-processing (Mechanisation Module)”.

All five modules, the President explained, have contributed to the creation of the vibrant agriculture we are experiencing in Ghana, albeit with some modules yet to be fully implemented.

“Today, our nation has banished the disgraceful spectre of importing tomatoes and plantain from Burkina Faso and Cote d’Ivoire respectively, we are now a net exporter of food, and our youth are venturing into full-time agriculture,” he added.

According to President Akufo-Addo, the food crops module has resulted in an appreciable increase in yields of selected staples, with those of maize and rice, for example, increasing by 110% and 48% respectively from 2016 to 2019, whilst local production of rice accounts for 50% of domestic demand, up from 32% as at 2017.

With Ghana making considerable strides in its efforts to increase the use of fertilizer, from 8kg per hectare in 2016 to 20kg per hectare at the end of 2019, he indicated that Government has, since 2017, recruited 2,700 extension officers, translating into an improved extension officer to farmer ratio, from 1:1,908 in 2016, to 1:706.

Another major intervention under the food crop module, according to President Akufo-Addo, has been the construction of 80 one-thousand-metric ton capacity warehouses throughout the country.