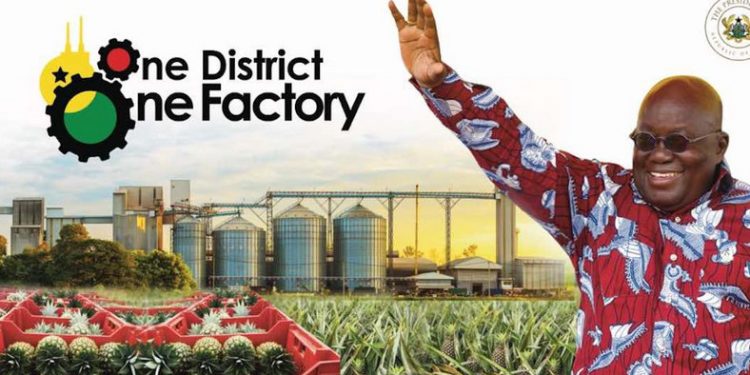 The Akufo-Addo government has released a list of 58 factories completed under its One District One Factory (1D1F) initiative.

This development came about after President Akufo-Addo during the media encounter on December 13, 2019, announced that 58 factories under the initiative have so far been completed, with 26 others at various stages of completion.

He made it known that a list will soon be published to buttress his claim.

Many Ghanaians have questioned the New Patriotic Party (NPP) concerning their 2016 promise to build a factory in a every district and said not much has been done so far.

They explained that the initiative is aimed at boosting agricultural productivity, provide more sustainable food supply and create jobs for the unemployed youth.

Grouped under manufacturing, agriculture, production and recycling, the list also highlights the sectors, locations, and sizes of the factories as well as the nature of employment they provide.

Being one of the government’s pillars in its taxation to production mantra, the 1D1F initiative was a promise by the New Patriotic Party (NPP) ahead of the 2016 elections. 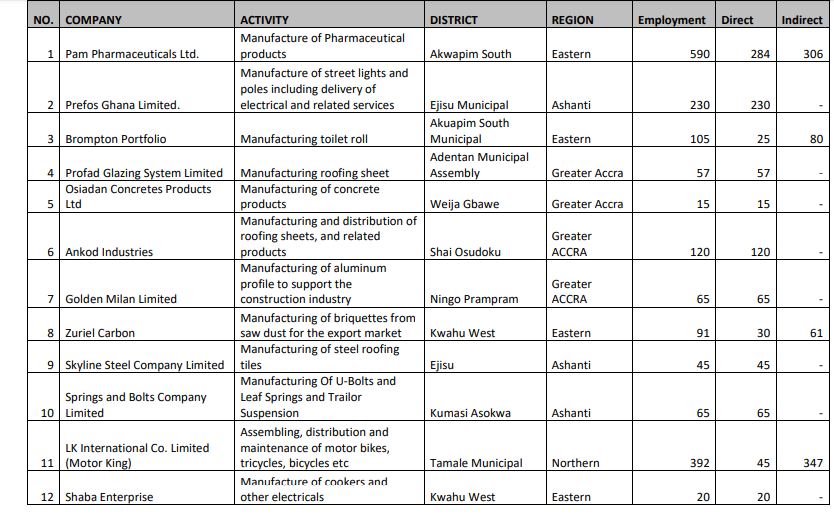 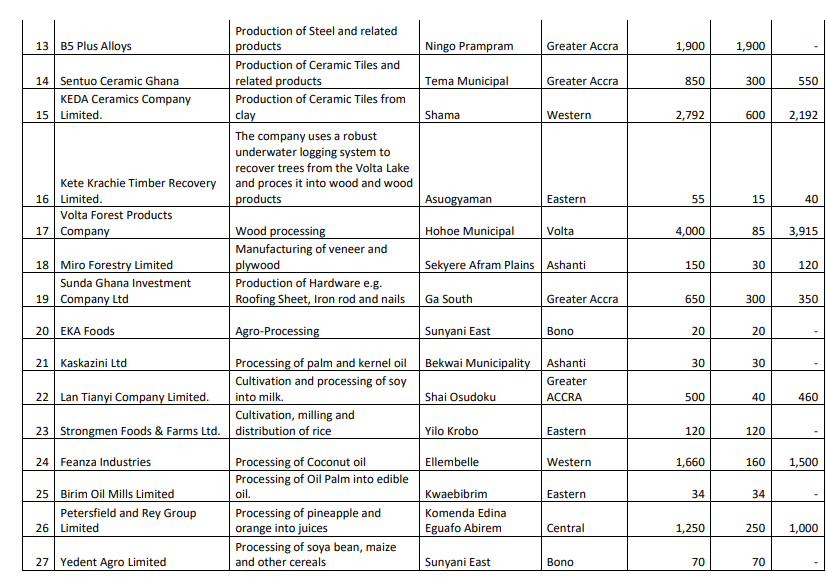 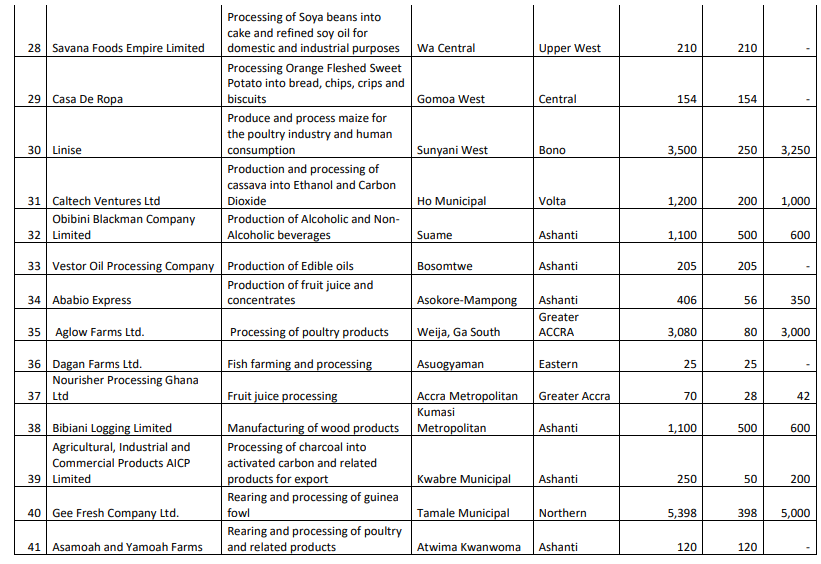 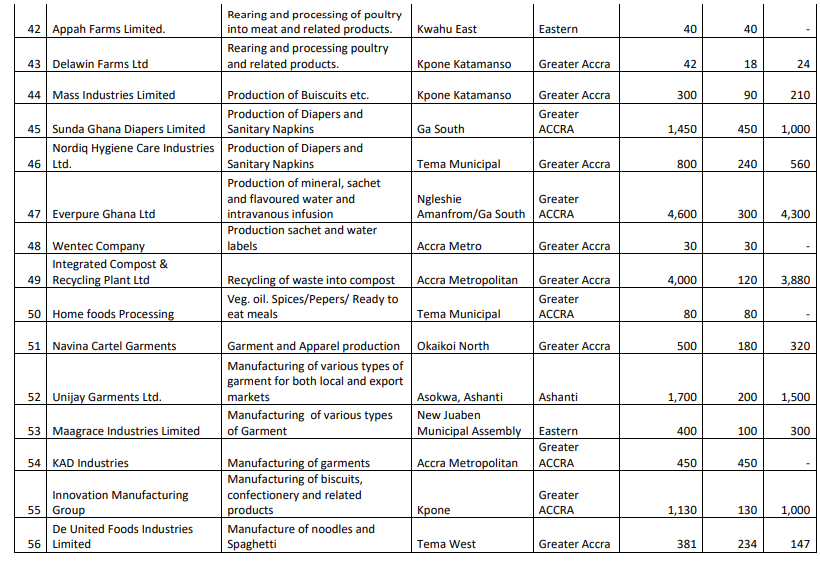