Xtra-Gold Mining Ltd. reacts to burning of its equipment by anti-galamsey taskforce

Xtra-Gold Mining Limited, a licensed small-scale mining company in the Atiwa West District of the Eastern Region is unhappy over the burning of 16 of its excavators and a bulldozer by military personnel.

The company said it views the development as a violation of the rule of law.

It said despite paying â€œbig moneyâ€in royalties and taxes to the government, it had its equipment destroyed.

â€œThese unlawful actions are â€œa clear violation of the rule of law.â€

â€œOur company pays big money royalties, taxes, stool land fees. We are socially responsible, and employ hundreds of local workers. At the same time that we are paying all these huge taxes, the military is burning millions of dollars of our mining equipment,â€ a statement from the company said.

Xtra-Gold, a Canadian mining firm which has been operating in Ghana since 2006, has the New Patriotic Partyâ€™s (NPP) Womenâ€™s Organiser, Kate Gyamfua as its Ghana General Manager.

The anti-galamsey taskforce on Sunday May 16, raided some mining sites at Larbikrom, Dompem and Pamen, all in the Atiwa District of the Eastern Region to rid the area of illegal miners. 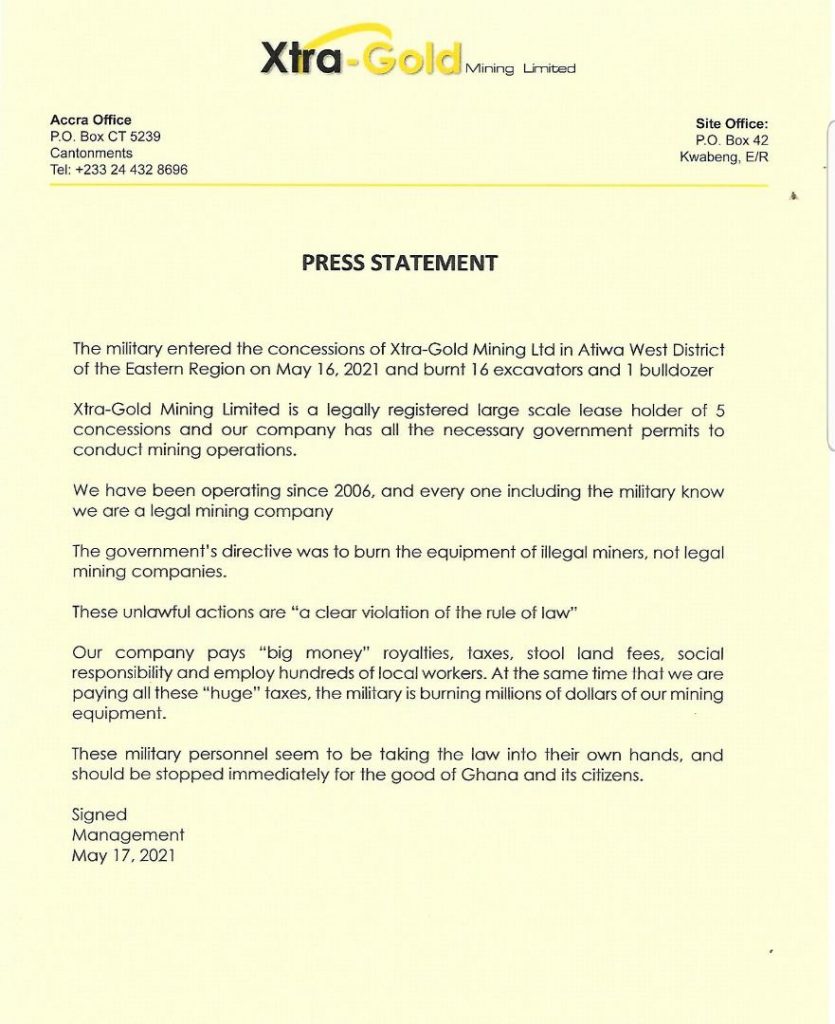