20 months jail time it is for busted Paedophile in Southwark 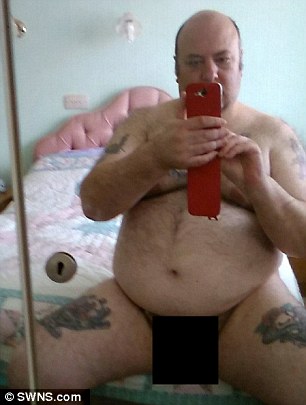 A paedophile who was caught by vigilantes sending sexual photographs to what he thought were schoolgirls was today jailed for 20 months.

Mark Gosling, 45, said he would 'flash' the 15-year-old girls and have sex with them as he groomed them in a series of online messages, a court heard.

But when he arranged to meet a child in Trafalgar Square, vigilantes from 'Operation Paedophile Hunter' turned up and revealed that they had fooled him.

He was jailed at Southwark Crown Court today after he admitted attempting to meet a child following sexual grooming.

'He believed they were under 16, but unbeknownst to him they were not real, and these messages in fact came from members of a paedophile hunter group.'

Gosling, from Bognor Regis in Sussex, then sent naked pictures of himself to two of the girls, before arranging to meet one of them at Trafalgar Square on December 11, 2015.

Instead of an under-age girl, he was met by three members of the Anonymous group who had launched Operation Paedophile Hunter. Mr Walker said: 'The police then arrived and Mr Gosling was taken to the police station.

'They looked at the mobile phone of one of the civilians who had stopped Mr Gosling and on it there was chat messages of a sexual nature from Mr Gosling to the person he believed to be a 15-year-old girl.

'He told her he intended to have sexual intercourse with her.'

Ghulam Humayun, defending, said until 2012 Gosling had been working and leading a normal life but since then had descended into deep depression.

He said: 'He currently lives with his mother and has done so since 1998 and the death of his father.

'He doesn't have a social circle, he doesn't read the papers, he's what you might describe as a social loner, the only people he interacts with are his family.

'He was unaware that what he was doing at the time was a criminal offence. Since the offence, he has imposed an order for himself to not use the internet, aside from going to the library to apply for jobs.'

Judge Alistair McCreath told Gosling: 'You came to London to meet someone you believed to be a 15-year-old female child.

'You may not be a great reader of newspapers, you may not have many friends, but given the content that you live in a society where this has much publicity in the news I can't believe you thought it was lawful to do what you certainly intended to do.

'You met this apparent child and you had groomed her. I have no doubt that if you had met a child of 15 you would have done your best to fulfil the intentions you spoke of.'