Your man cheating on you is not really the problem, this is 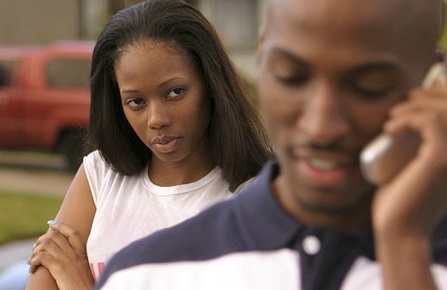 Your man cheating on you is not really the problem, this is
Shares

Women have every right to be concerned about the female friends of their partners.

If there is a pretty work colleague he is particularly close to, or a hot neighbour, or even an ex whom he insists he is just friends with, keep your wits about you.

He may swear up and down to God above that there is nothing shady going on and that he is not having sex with her, and he may be telling the truth about the sex part.

However, just because he is not having sex with her it doesn’t mean he is not cheating. Emotional infidelity is very real and is much worse than physical infidelity. Here are a few reasons why emotional affairs are the worst:

In addition to this, once you have caught your partner having sex with someone else, he cannot deny it because the evidence is all there.

Emotional affairs are way trickier to discover. You can’t see the emotional bond he is forming with the other woman and even if you have your suspicions and confront him about it, he will just deny it and you will have no way of proving it.

He will insist they are just friends and because they aren’t having sex, you won’t be able to prove otherwise.

It makes you feel like you are going crazy: A man who is having an emotional affair can easily gaslight his partner because, like I have said, emotional affairs are extremely difficult to prove.

Every gut feeling in your body tells you there is something going on between them, but when you ask him, he flatly denies it and insists the relationship is strictly platonic and accuses you of imagining things.

After a while, you also start to wonder if you are in fact just imagining things. When you find yourself in such a situation, trust your gut feeling. It is never wrong.

Emotional affairs on the other hand are a lot more personal because your partner catches feelings for the other woman, feelings that should only be reserved for you.

Emotional affairs are harder to get over: After you have caught your partner having sex with another woman, it is easy to repair the relationship and put the affair behind you because chances are he doesn’t like the woman he cheated with and was just looking for sex.

On the other hand, emotional affairs are not so easy to get over. He has real feelings for this woman, so he is not just going to forget her immediately. You have to wonder constantly if he misses her, or if he is still thinking about her or if he wishes he was with her instead of you.

Digitizing the payment of tax will help Ghana- Ken Ashigbey

The Chief Executive Officer of the Ghana Chamber of Telecommunications, Ken…