Akufo-Addo files his nomination for the 2020 elections 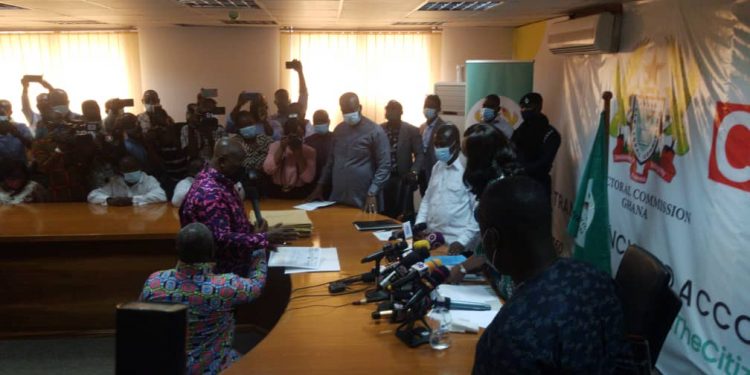 President Akufo-Addo has filed his nomination to contest in the 2020 presidential elections.

The Electoral Commission started receiving nomination forms from presidential and parliamentary aspirants from yesterday, Monday, October 5, 2020. The exercise is expected to end on October 9.

Former President and flagbearer of the National Democratic Congress, John Dramani Mahama is expected to present his nomination forms on Wednesday.

Mr. Yeboah disclosed to the media moments after submitting the forms that he is going into the December polls as a running mate to one Alfred Kwame Walker, a yet-to-be unveiled candidate.