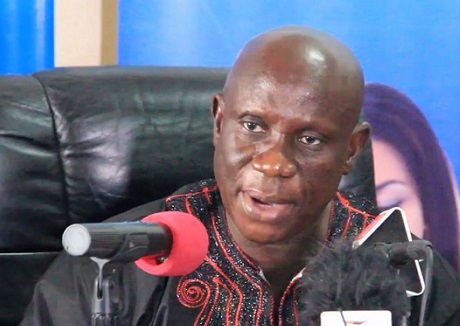 Nana Obiri Boahen, the Deputy General Secretary of the New Patriotic Party, (NPP) has expressed his anger at some party executives who are said to have deliberately prevented some members from picking nomination forms to contest in the party's upcoming primaries.

There have been several reports from various constituencies that some executives allegedly prevented some aspirants to pick forms to contest in the elections.

Nana Obiri Boahen said such reports are â€œserious and unacceptable.â€

Mr. Obiri Boahen noted that he had been overseeing the filing process in the Eastern Region and the Greater Accra Region, where he had been made aware of such complaints.

â€œAs far as the Eastern Region is concerned, I donâ€™t think I have received any complaints. But, I have received complaints from some parts of the Greater Accra. I am not comfortable with the state of affairs at all,â€ he told Citi News.

â€œFormer President Kufuor said that this conduct is alien to our tradition. I donâ€™t think we have a single individual who is above the NPP.â€

The most notable complain about this matter came from former Member of Parliament for Mampong Constituency, Francis Addai-Nimoh who expressed his unhappiness over attempts to prevent him from purchasing nomination forms to contest in the NPP parliamentary primaries.