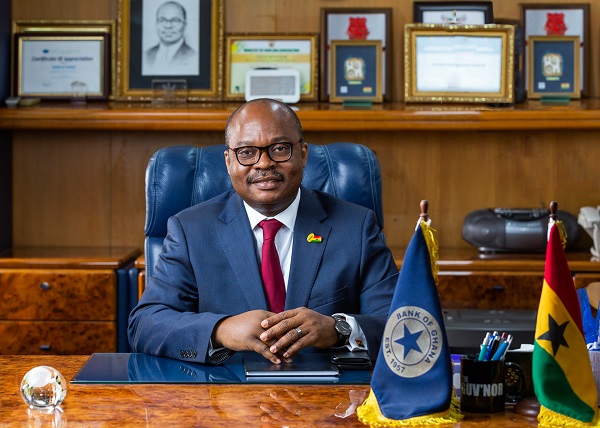 Member of Parliament for Bolga Central, Isaac Adongo has accused the Governor of the Bank of Ghana (BoG), Dr. Ernest Addison of illegally giving an amount of ¢70 billion to the government.

Isaac Adongo who doubles as the Deputy Ranking Member on the Finance Committee during a press conference in Parliament claimed the money taken from the central bank was used to finance government's maturing debts on the domestic market.

According to him, by the end of the year 2021, Dr. Addison had illegally lent to government 35billion cedis, and by May this year he had added an additional 22billion when the Minister came for the Mid-year review.

"As we speak today, Dr Addison has been financing government and paying maturing debt obligations the domestic market that the government cannot find, we are currently looking at something in excess of 70billion of illegally borrowing by the Government of Ghana from the BoG."

The move, Mr Adongo said, was contrary to the Bank of Ghana's Financial Management Act.

“Those restricted rules are quite clearly stated that the BoG at any point in time should not have lent more than five percent of the previous revenue cumulatively. If you consider last year‘s revenue then the government cannot even borrow five million Cedis from the BoG.

Adongo is also asking for the resignation of the BOG boss, adding that he will sue him if he fails to exit his post by the end of the third meeting of the second sitting of the 8th Parliament.

Adongo, therefore, explained that Dr. Addison's departure will 'give Ghana the chance to clear the mess.'