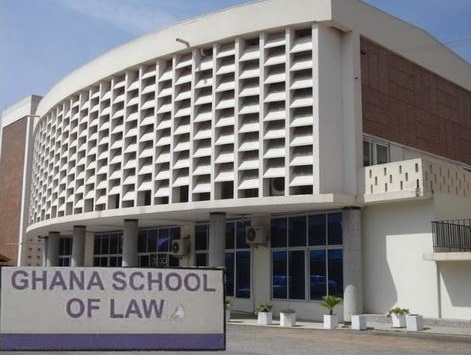 The independent Examination Committee of the General Legal Council (GLC) published 1045 index numbers as those who passed the 2020 Law School Entrance Examination out of a total of 2720 candidates.

There has always been widespread agitation about the number of persons giving admission every year.

Last year, only 128 students out of 1,820 candidates passed the Ghana School of Law entrance exam, accounting for a mere 10 per cent.

This was followed by protests by some of the law students in the month of October 2019, who accused the General Legal Council (GCL) of a deliberate attempt to deny people access to legal education.

The Youth Wing of the National Democratic Congress congratulates all those who passed the Ghana School of Law entrance examinations. The admission of over 1000 students this year vindicates H. E. John Mahama and the NDC’s proposal to increase access to professional legal education.

This doesn’t come as a surprise to us in the NDC because President Akufo-Addo who is a lawyer himself is the president who has the worst record in managing professional legal education. For the past 4 years, the poor management of reforms and examinations at the law school has recorded unprecedented failure rates at the Ghana School of Law.

In the 2019 entrance examinations only 128 out of 1820 reportedly passed the examinations. This sparked agitations among students who took to the streets to demonstrate against The NPP government’s poor management of legal education. As if that was not enough, the students while heading towards the Presidency were brutalised by the police and their leaders arrested on the instruction of the powers that be.

This dastardly act was recorded in the 2019 US Human Rights report and has given Ghana a bad image. Unfortunately, one year on, not a single police officer has been held responsible for the incident. Again, President Akufo-Addo has failed to make any comment on the matter just as he has failed to take steps to address the challenges facing law students.

For the past four (4) years President Akufo-Addo looks on unconcerned when Ghanaian Students have been traveling to The Gambia, Sierra Leone, Rwanda and other countries to pursue law just because of failed system that does not give them access to the Ghana School of Law.

The numerous petitions students presented to the President yielded no results.

When the leadership of law students met with him, he failed to exercise his powers under Act 32 through the Attorney General to address the challenges facing legal education.

There is no doubt that the sudden increase in intake at the Ghana School of Law this year is a desperate reaction by the clueless NPP government to the creative and innovative proposals on legal education in the NDC’s People’s Manifesto.

While we commend the GLC for a progressive step towards addressing the challenges of access to professional legal education we wish to state that substantive problems remain unresolved.

There are still about 3000 qualified LLB holders who do not have access to professional legal education.

Secondly, there remain systemic problems with the conduct and management of examinations at the Ghana School of Law resulting in mass failures where a good number of students are unable to graduate. In the absence of a strategic policy to address this problem, there is a high probability that the newly admitted students will just add to these numbers. These and many other challenges ought to be addressed forthwith.

There is also an urgent need to enhance closer collaboration between the General Legal Council and the National Accreditation Board to effectively regulate law facilities.

H.E. John Mahama and the NDC will addres all these challenges just as he did under his tenure by approving the expansion of access to legal education through the creation of additional campuses of the Ghana School of Law at GIMPA and Kumasi.
With President Mahama there’s hope for law students.