We have been paid to destroy Dr. John Kumah - Agyemang Budu's camp admit 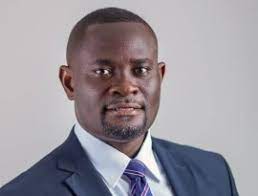 Some individuals from the camp of the embattled ECG MD, Mr. Agyemang Budu have admitted to having been paid and instructed to attack the MP for Ejisu and Deputy Minister For Finance, Dr. John Kumah.

Based on some messages intercepted and put out by the Ejisu Young Patriots, some of the people engaged to execute this agenda are very uncomfortable  with the things they have been instructed to do and want out of the covert plans of the MCE for Ejisu, Mr. S.O Frimpong and his brother the MD of ECG, Mr. Agyemang Badu.

According to the Ejisu young patriots, they have intercepted messages and payments made to various people in the Ejisu constituency to run down the member of parliament and to make him very unpopular. 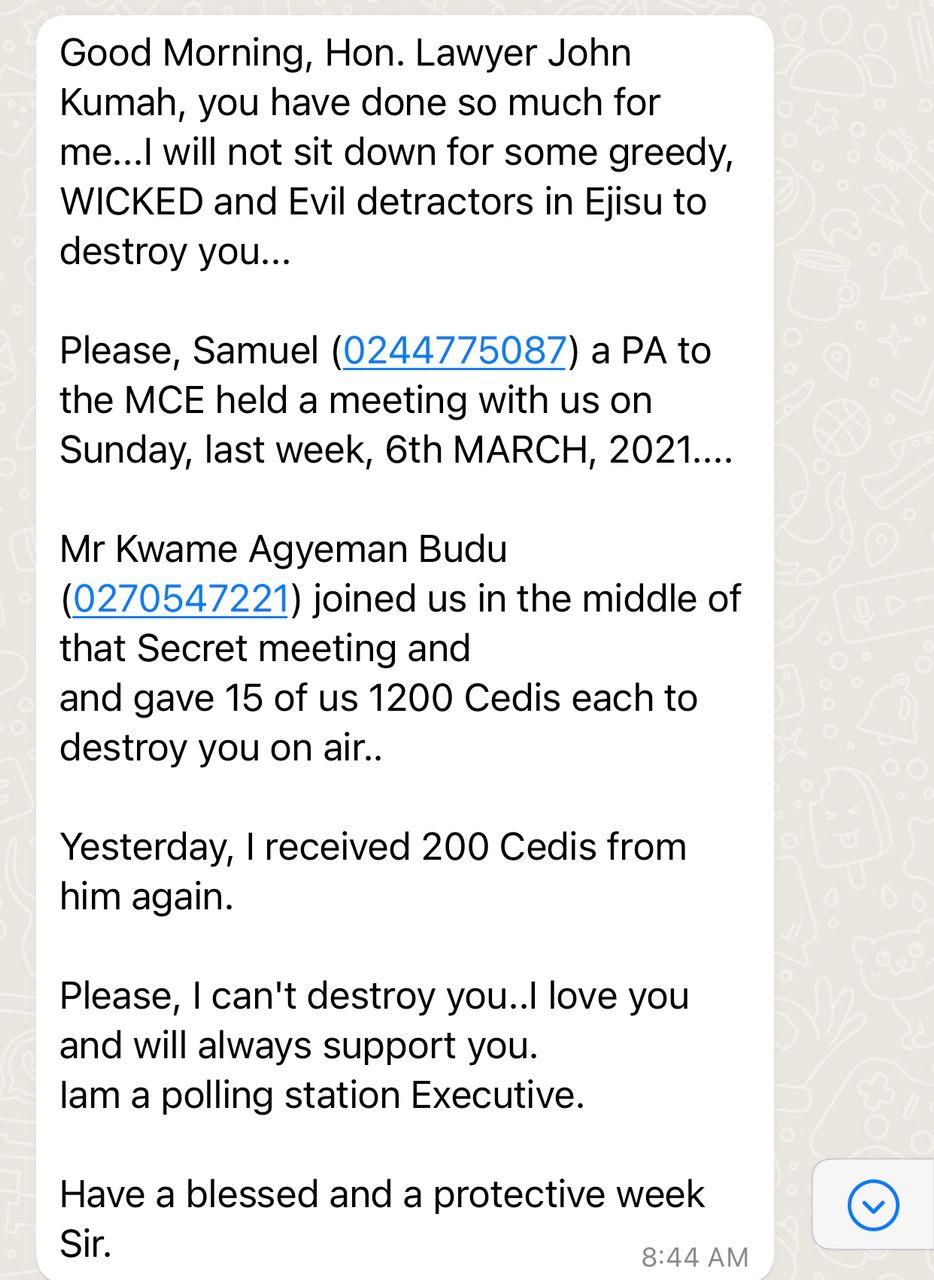 One of the messages put out shown that a secret meeting was held on Sunday 6th, March 2022 during which more elaborate plans were laid out on how to sabotage and tarnish the image of the MP.

"Hon. Lawyer John Kumah, you have done so much for me....I will not sit down for some greedy and evil detractors  in Ejisu to destroy you.......Mr. Kwame Agyeman Budu joined us in the middle of the secret meeting and gave 15 of us GHC 1200 each to destroy you on air" one of the intercepted messages read.

Tension have been brewing in Ejisu after some identified supporters of the ECG MD lost in the New Patriotic Party polling station election. The ECG MD has openly expressed an interest in the Ejisu New Patriotic Party parliamentary seat and is said to be working with his brother the MCE for Ejisu, Mr. S.O Frimpong to further his ambitions.

The Ejisu Young Patriots has been calling for the removal of the MCE to avert any further disaster in the constituency.