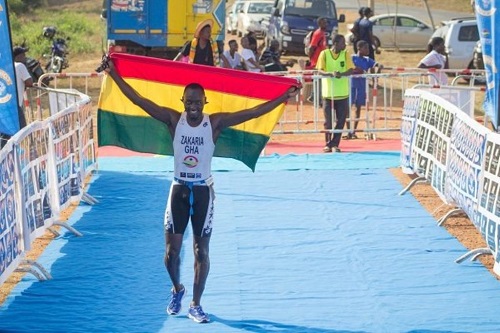 General secretary of Ghana Athletics Association Bawa Fusieni has disclosed that their Triathlon competition slated for this month has been called off.

"... that one too has also been suspended till April 30. The International Triathlon Union (ITU) and the African Trihatolon Union have suspended all its programmes without any exception till April 30 including ours.

The difference between the ITU and the World Athletics is that the ITU have come out with a definite date,Â  after April 30 they will review the suspension but the World Athletics have not come out to indicate when they are going to reinstate the competitions calendar so everything is on hold for now."

In a related development,Â The Tokyo Olympics are to be postponed until 2021 after talks between Japanâ€™s prime minister, Shinzo Abe, and the International Olympic Committee president, Thomas Bach, led to confirmation of a decision made inevitable by the coronavirus pandemic.

Abe said they had established that cancelling the Games was out of the question, and that Bach had agreed â€œ100%â€ that a postponement was the most appropriate response to the global disruption.

â€œWe agreed that a postponement would be the best way to ensure that the athletes are in peak condition when they compete and to guarantee the safety of the spectators,â€ Abe told reporters shortly after his conference call with Bach, adding that the Games would be held by the summer of 2021.

The Games â€œmust be rescheduled to a date beyond 2020 but not later than summer 2021, to safeguard the health of the athletes, everybody involved in theÂ Olympic GamesÂ and the international communityâ€, the IOC and the Tokyo 2020 Organising Committee said later in a joint statement.