Ajax star Abdelhak Nouri out of coma after 2 years 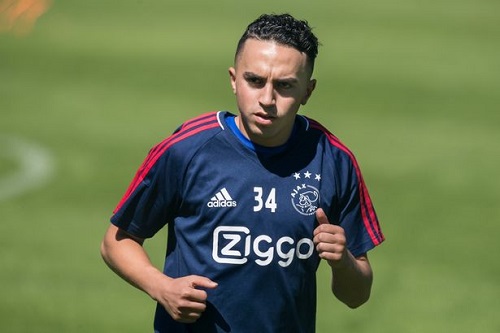 AjaxÂ star Abdelhak Nouri has awoken from a coma after two years and nine months.

Nouri suffered a cardiac arrhythmia attack in July 2017, causing him to collapse on the pitch.

Doctors warned Nouri's family that the Dutchman would never fully recover after he was permanently brain damaged in the incident.

Nouri's brother Abderrahim told Dutch TV show De Wereld Draait Door: "He has not been home very long, we take care of him there now. I must say that since he is at home it is going much better than before in the hospital.

"He is aware of where he is, he is back in a familiar environment with his family.

"He's no longer in a coma. Heâ€™s very bedridden and still very dependent on us."

Nouri collapsed to the turf towards the end of a pre-season friendly for Ajax against Werder Bremen.

He was revived on the pitch and airlifted to hospital, but the brain damage left him in a permanently vegetative state, and he is now forced to communicate by raising his eyebrows.

Nouri - known as Appie - did not even recognise his family after the incident.

Ajax admitted around a year later that their care of Nouri was "inadequate.

The club's chief executive Edwin van der Sar said in a statement that Ajax medical staff had spent too long attempting to clear Nouri's airways, and that a defibrillator should have been used sooner.

He added that had this have happened, there was a possibility Nouri would have come out the other side of the cardiac arrest in a better state, though it was not certain.

One solace for Nouri's family is that he has not only improved from his previous condition, but is able to watch football again.

His father Mohammed said: "We have to take care of him at our very best. We try to do a lot ourselves."

Former Ajax teammate Frenkie de Jong revealed that Nouri even played a part in his transfer toÂ BarcelonaÂ in the summer.

"When I sat with him, his mother came in," de Jong said.

"She then asked Appie, 'Appie, where should Frenkie go? To Barcelona?' As soon as she said that, his eyebrow rose. That was a very special moment.â€