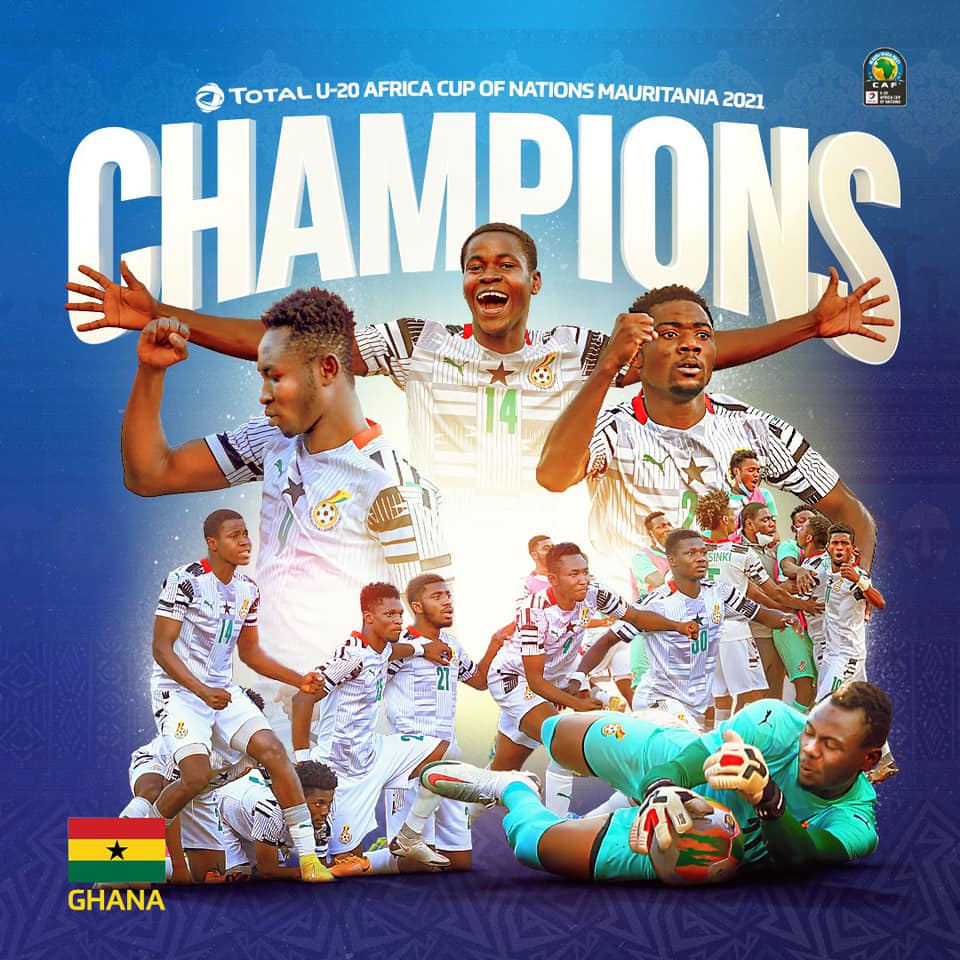 President Nana Addo Dankwa Akufo-Addo has congratulated the Black Satellites of Ghana for winning the nation’s 4th AFCON U-20 trophy.

The National U-20 football team, the Black Satellites, gifted the country a huge birthday gift by winning their 4th AFCON title in the just-ended tournament held in Mauritania.

The Satellites put up a spirited performance to beat the Hippos of Uganda by 2 goals to nil. The Hippos never really looked like they were contenders for the trophy in the final registering no shot on target in the first 45 minutes.

With this win, the Black Satellites have added one more trophy to their trophy cabinet with the others from 1993, 1999, and 2009.

In a Facebook post, President Akufo-Addo said he was looking forward to hosting the champions at the Jubilee House.

“Congratulations to the Black Satellites for winning Ghana’s 4th AFCON U-20 trophy. Thoroughly deserved victory, and they’ve made Mother Ghana proud. What a way to celebrate our 64th Independence Anniversary!! Kudos to the team and I look forward to receiving the playing, technical, and management teams to Jubilee House.”