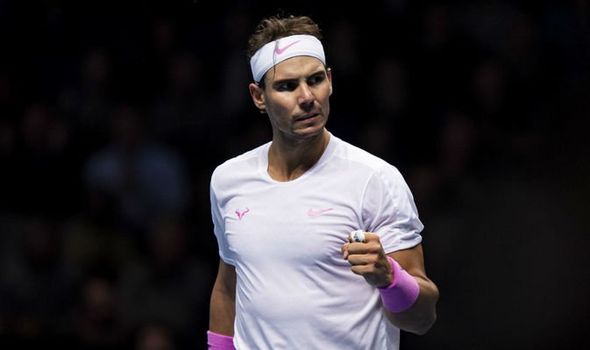 Rafael Nadal fought back from a set down to beat Stefanos Tsitsipas and keep himself in the ATP Finals.

The first set was a tight affair with the serve dominating and it unsurprisingly went to a tiebreak where Nadal was made to pay for a couple of loose points and Tsitsipas served out the set with an ace.

Nadal brought up the first break point opportunities of the match early in the second set and Tsitsipas stayed resolute until the world No 1 finally broke through in the ninth game and then held serve to force a third set.

In the final set, both players brought their best tennis to the match as they went toe-to-toe but in the 11th game, Nadal broke through again and then held his own serve to win 6-7 6-4 7-5 and he must now hope Daniil Medvedev beats Alexander Zverev this evening to create a match with Roger Federer on Saturday afternoon.