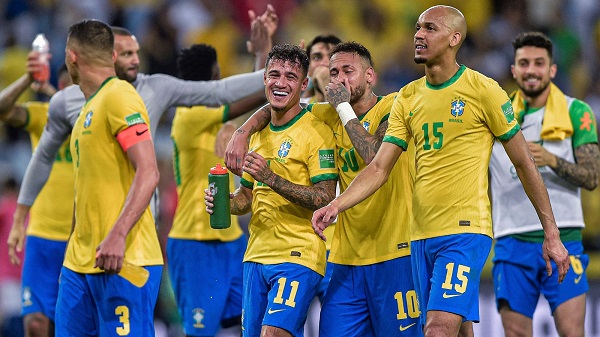 Vinicius Junior celebrated a return to the Maracana stadium on Thursday with his first international goal for Brazil and a starring performance in their 4-0 thrashing of Chile.

The 21-year-old wide man played for Flamengo before sealing a transfer to Real Madrid and he excelled at his former home, taking advantage of a neat Neymar dummy to slot an angled shot past Claudio Bravo on the stroke of halftime.

The goal was wedged between penalties by Neymar and Philippe Coutinho and followed in stoppage time by a fourth goal from substitute Richarlison.

"At the Maracana with my family, there was nowhere better to score my first international goal," Vinicius said. "I'm very happy."

"It's our last game in Brazil before the World Cup and we are going to thank the fans," he added. "Now we have to keep working hard and doing the right things to ensure we win the title at the end of the year."

The victory was Brazil's seventh in seven home qualifiers against Chile, who must now beat the already qualified Uruguay in their final match next Tuesday to have any hope of landing a World Cup play-off spot.

Elsewhere, Uruguay and Ecuador secured their spots at the World Cup finals, joining Brazil and Argentina as the automatic qualifiers from the South American group.

Uruguay beat Peru 1-0 and Ecuador lost 3-1 to Paraguay, meaning both teams have 25 points with one match to play. Peru are on 21 points in fifth place.

Peru, Colombia (20 points) and Chile (19) will now vie for fifth place and a play-off spot against a team from the Asian confederation.

Peru host Paraguay, Colombia travel to Venezuela and Chile are at home against Uruguay on Tuesday in the final round of games. 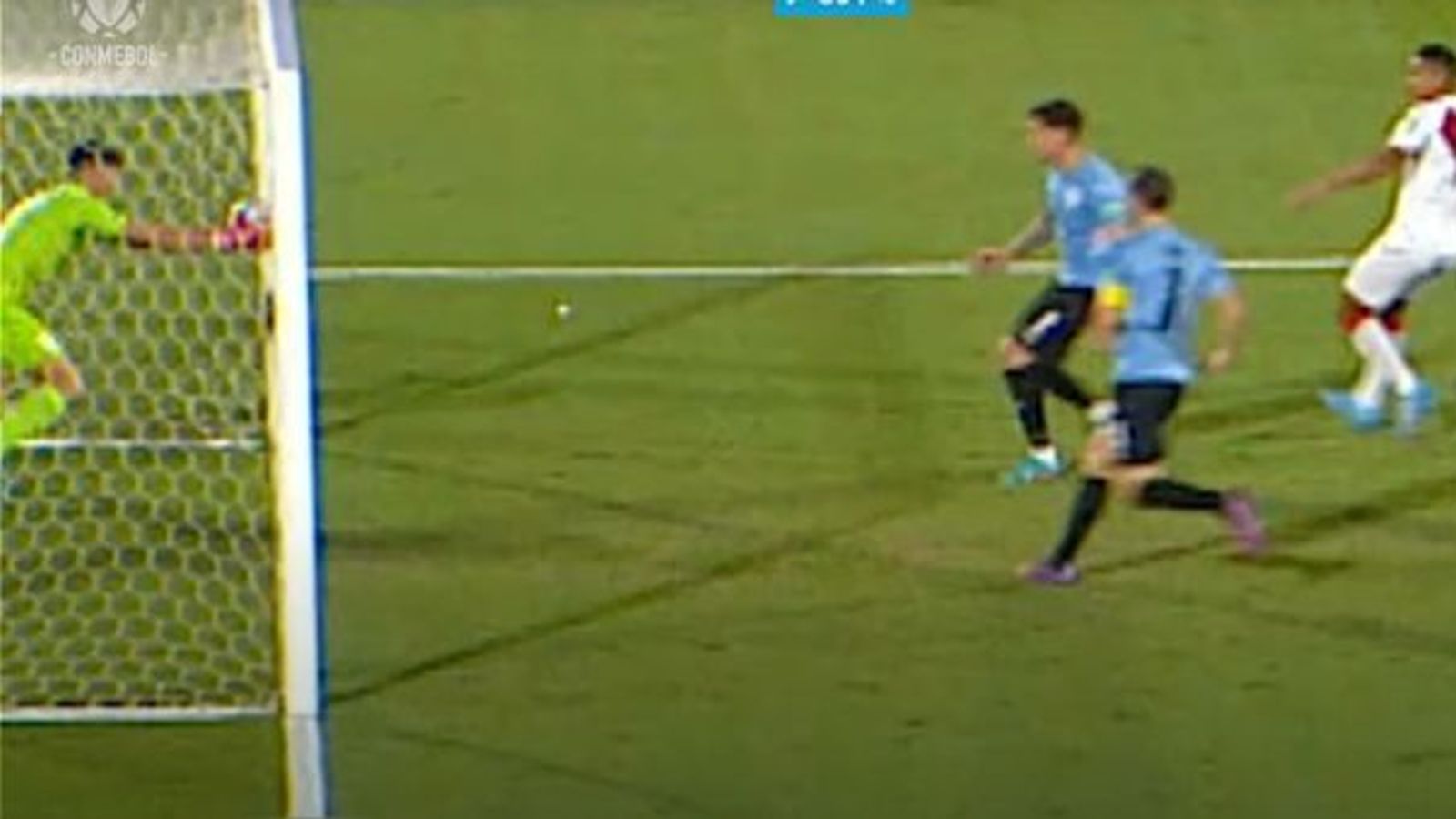 Uruguay earned the win over Peru thanks to Giorgian de Arrascaeta's goal three minutes before half-time. Peru were adamant a late looping shot held by Uruguay keeper Sergio Rochet had crossed the line but the referee waved away their claims for an equaliser.

"With all due respect to CONMEBOL (the South American Football Confederation), the referees and everyone belonging to the VAR, this is not fair," striker Paolo Guerrero wrote on Instagram.

"It's unacceptable, I hope they do something because (we) played very well and everyone knows it. I hope the person responsible appears, they would be taking away our qualification for the World Cup."

Peru's defeat meant Ecuador qualified regardless of their result in Paraguay and they were overrun by the home side, who gave coach Guillermo Barros Schelotto his first win since he took over in October last year.

Robert Morales put Paraguay ahead after 10 minutes and Piero Hincapie put through his own goal on the stroke of half-time to give the hosts a 2-0 lead at the break.

Miguel Almiron made it 3-0 nine minutes into the second half before Jordy Caicedo scored for Ecuador with five minutes left. It was Paraguay's first win in eight games.

Battling Costa Rica edged 10-man Canada 1-0 to deny the North Americans their first chance to clinch a spot in the 2022 World Cup finals.

Canada arrived in San Jose unbeaten in the final round of CONCACAF qualifying and looking to secure a berth in their first World Cup finals since 1986.

In little more than a half hour, though, they found themselves down to 10 men and things went from bad to worse when Celso Borges netted a first-half stoppage-time header that proved the only goal of the game.

Despite the loss, Canada sit top of the group standings on 25 points, three points clear of Mexico and the United States who battled to 0-0 draw at Azteca Stadium. With the win, Costa Rica moved into fourth on 19 points, still in the hunt for automatic qualification.

The top three automatically earn spots in November's World Cup in Qatar with the fourth-place finisher facing an Oceania team in an intercontinental playoff for another berth.

Canada's next chance to end their 36-year World Cup finals wait comes when they host Jamaica on Sunday in Toronto, before wrapping up qualifying on Wednesday away to Panama.

In Panama, the home side needed a victory over winless Honduras to try to scrap their way into the top three. But they were forced to settle for a 1-1 draw when a Kevin Lopez 65th minute header cancelled out Rolando Blackburn's first half strike.

The draw dropped Panama into fifth, a point behind Costa Rica, but still in the chase for a spot in Qatar with two games remaining.

In Kingston, El Salvador saw their hopes of getting to the finals end with a 1-1 draw with Jamaica.