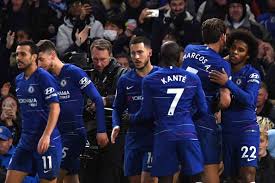 Chelsea have lost their appeal against Fifa's decision to ban them from signing players during the next two transfer windows.

The only change to the ban, until the end of January 2020, is that the Blues can sign under-16 players from the UK during the suspension period.

Fifa took action against Chelsea after an investigation into their signing of foreign under-18 players.

The club can now appeal to the Court of Arbitration for Sport.

"The Fifa appeal committee has decided to partially uphold the appeal lodged by Chelsea," Fifa said in a statement.

"This ban applied to the club as a whole - with the exception of the women's and futsal teams - and did not prevent the release of players."

Fifa said it found breaches in 29 cases out of the 92 investigated.