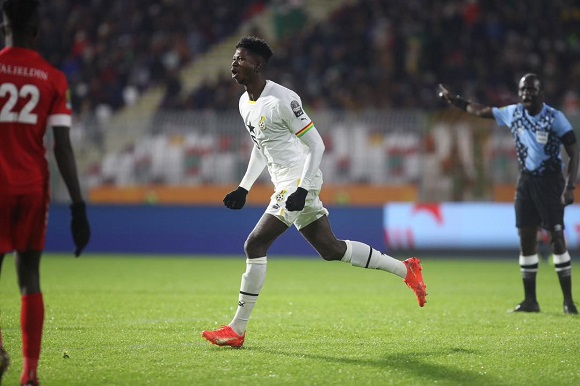 The Black Galaxies of Ghana on Thursday recorded a 3-1 against Sudan at the Stade Chahid Hamlaoui in the Championship of Africa Nations (CHAN).

It was not easy for Ghana as they had to fight back from a goal down to restore parity and eventually win the game.

Sudan took the lead after 32 minutes following a well-worked move that was finished off by Al-gozoli Nooh.

The Black Galaxies managed to equalise before the break courtesy Konadu Yiadom to force the first half to end in a stalemate.

While both Ghana and Sudan had a goal ruled being ruled out after the recess, the Black Galaxies scored twice through Daniel Afriyie Barnieh and Suraj Seidu to secure a 3-1.

Ghana had to play the latter stages of the game with ten-men following DanielAfriyie Barnieh's red card.

Courtesy of the win today, Ghana stands a very good chance of qualifying for the knockout stage of the CHAN 2022 tournament.