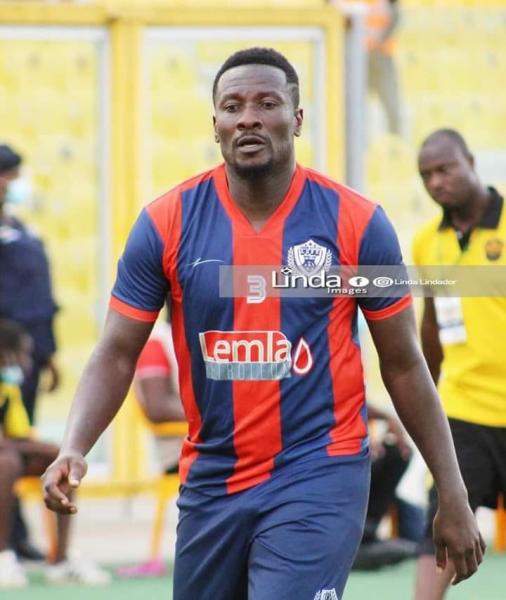 Legon Cities striker Asamoah Gyan is unperturbed by the hostile reception he received from fans of Asante Kotoko in the Ghana Premier League matchday 22 encounter on Saturday.

The veteran Black Stars forward was a second-half substitute as Emmanuel Gyamfi scored to give visiting Kotoko a 1-0 win at the Accra Sports Stadium.Â

He came on in the 75th minute, when Legon were desperately throwing everyone forward in search of an equaliser, and immediately drove a free-kick just over the bar with his first touch of the ball.

"There is only one Asamoah Gyan and they [fans] know it. They should even be grateful that I am playing in the Ghana Premier League,â€ Gyan, who has also been heavily criticised for putting on weight, said in response to the booing incident during the post-match press conference.

It would be recalled that despite the Porcupine Warriors massive attempt to sign Gyan never materialized with the latter going on to secure a move to Legon Cities on the transfer deadline day.

Gyan in time past has professed his love for the Porcupine Warriors.

Kotoko started the game brilliantly and piled pressure on the Royals.

Their pressure paid off as a free-kick from Fabio Gama was guided into the net by Augustine Okrah.

Legon Cities on the hand now sit in the relegation zone after the defeat.

The Accra-based club have 23 points after 22 games and pressure is piling on Bashir Hayford.

Legon Cities dropped into the bottom three after a dramatic win by Eleven Wonders on Saturday afternoon.