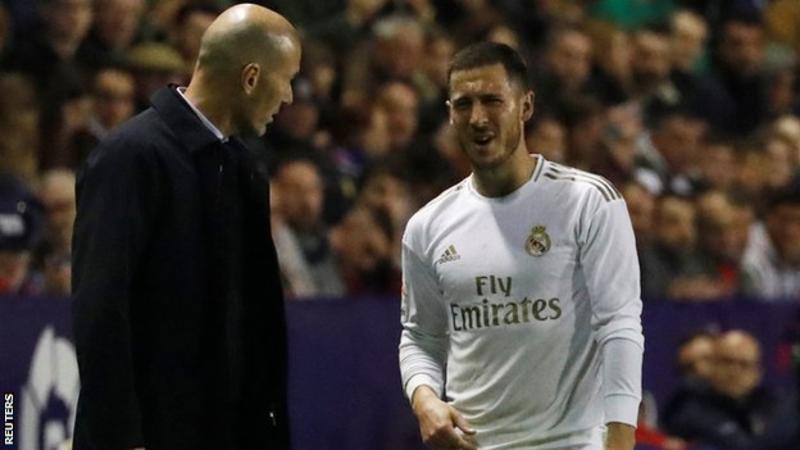 Hazard, 29, hobbled off in the second half of Real's La Liga 1-0 loss to Levante on Saturday.

The Belgian only returned to action last week after missing almost three months with a similar injury.

"Following tests, Hazard has been diagnosed with a fracture to his right distal fibula," a club statement said.

"His recovery will continue to be assessed."

The former Chelsea playmaker's injury troubles have restricted him to 15 appearances for Real since arriving from Stamford Bridge last summer.

The player has suffered recurring problems with his right ankle, which he broke while a Chelsea player in 2017 before sustaining what was described as a "micro-fracture" in a game for Real last November.