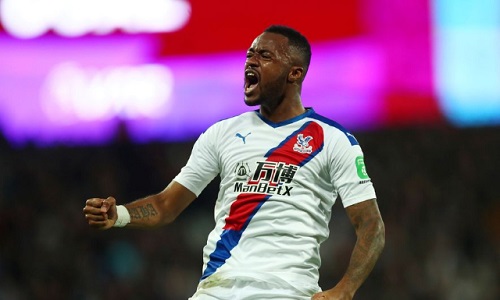 Jordan Ayew's superb form for Crystal Palace continues as he was on target as his outfit held Arsenal to a scoring draw at the Emirates.

The Ghanaian aided his side to snatch a point from the Gunners in the 2-2 draw match.

Arsenal made their intentions right from the blast of the referee's whistle and they scored twice with 2 minutes.

Captain Granit Xhaha opened the scoring after firing home from a rebound. David Luiz doubled the lead in the 9th minute from a Alexandre Lacazzette's assist. The goal is his first since making the switch from Chelsea.

Goals from Milivojevic and Jordan Ayew saw the Eagles fought back from 2-0 to restore parity. The former scored from the penalty spot whereas the latter rose high to head home the equaliser.

Jordan Ayew won Crystal Palace Player of the Month of September for his scintillating performances for the club.