The former Everton midfielder has been handed the position and will be assisted by Claudio Masi.

The appointment will the 45-year-old's second stint as head coach of the club after occupying the position last term in the wake of Daniel Bachmann's departure. 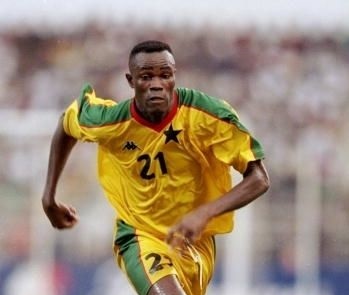 Nyarko started his career at Ghana, and in 1995 he joined FC Basel from Sportul Studenţesc, followed by Karlsruher SC in Germany; then RC Lens for two seasons.

In 2000 he joined Everton F.C. for £4.5 million, signing a contract until June 2005. He scored his first and only goal for Everton against Tottenham Hotspur in September 2000. He is infamous for an incident during the 2000–01 season where during a game against Arsenal a fan came on the pitch and offered him his own royal blue Everton shirt, signalling that Nyarko was not good enough to wear the colours of Everton. After the fan was escorted away by police, Nyarko requested to be substituted and transferred.

Eventually, he went on loan to French club AS Monaco just days later for the rest of the season, and then had a loan spell at Paris Saint-Germain for the entire 2002–03 season. Nyarko returned to Everton for the 2003–04 season and made another 11 appearances for the Merseyside club, but was released after the season because his work permit expired and could not be renewed.

Nyarko then spent six months out of football, before joining IK Start in March 2005. He was, however, released by the club after an unauthorized trip to his family in Switzerland. Nyarko joined Swiss team Yverdon Sport FC in June 2006. He was released again in December 2007 and retired.