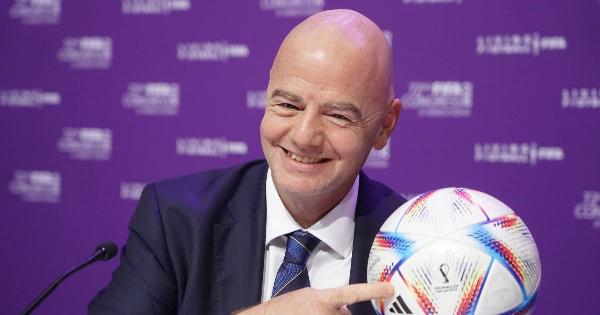 FIFA has responded to speculation that it might change the format of games in the World Cup by insisting the basic length of matches in Qatar would remain 90 minutes.

“FIFA has made it clear that it has no plans to change the rules governing the timing of the FIFA World Cup in Qatar 2022 or any other event, amid widespread reports and speculation today.”  FIFA clarified on Twitter.

Following some reports and rumours spread today, FIFA would like to clarify that there will be no changes to the rules regarding the length of football matches for the FIFA World Cup Qatar 2022™️ or any other competition.

Italian media Corro delo Sport had reported that FIFA is making moves to extend the time at the World Cup in Qatar. Ninety minutes later, FIFA was reportedly preparing to extend the playing time with the ball by allowing referees to add ten minutes to extra time.

According to the CIES Football Observatory, the ball only remains in play for 64.7% of matches in the Champions League, and that number drops to just 62% in the Premier League.

England's top tier has the lowest percentage of the big leagues, although the Championship is even lower with just 57.2% of ball in play time.