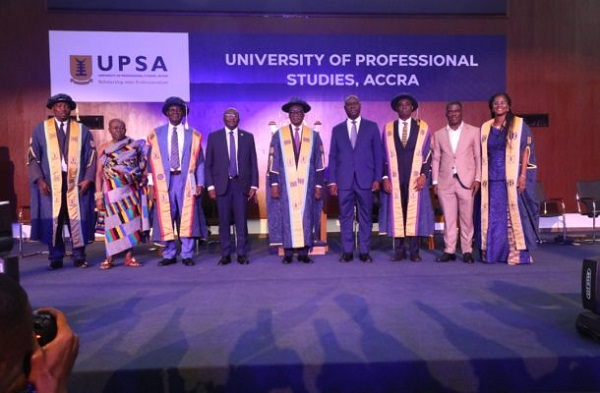 Former Board Chairman of Asante Kotoko, Dr Kofi Kodua Sarpong (Dr K. K. Sarpong), has been sworn in as the new Chancellor of the University of Professional Studies, Accra, (UPSA).

Vice-President Dr Mahamudu Bawumia led Dr KK Sarpong in taking the oath of Office and the Oath of Secrecy at an investiture held at the Dr Kofi Ohene Konadu Auditorium at the UPSA on Thursday.

Dr Kofi Kodua Sarpong is a recipient of several academic awards and has been in executive management for over three decades.

He has previously served on the Marketing Committee of the GFA and also as the Board Chairman of Asante Kotoko SC.

Dr. Sarpong was also Chairman of the Black Stars Management Committee during the 2019 African Cup of Nations.