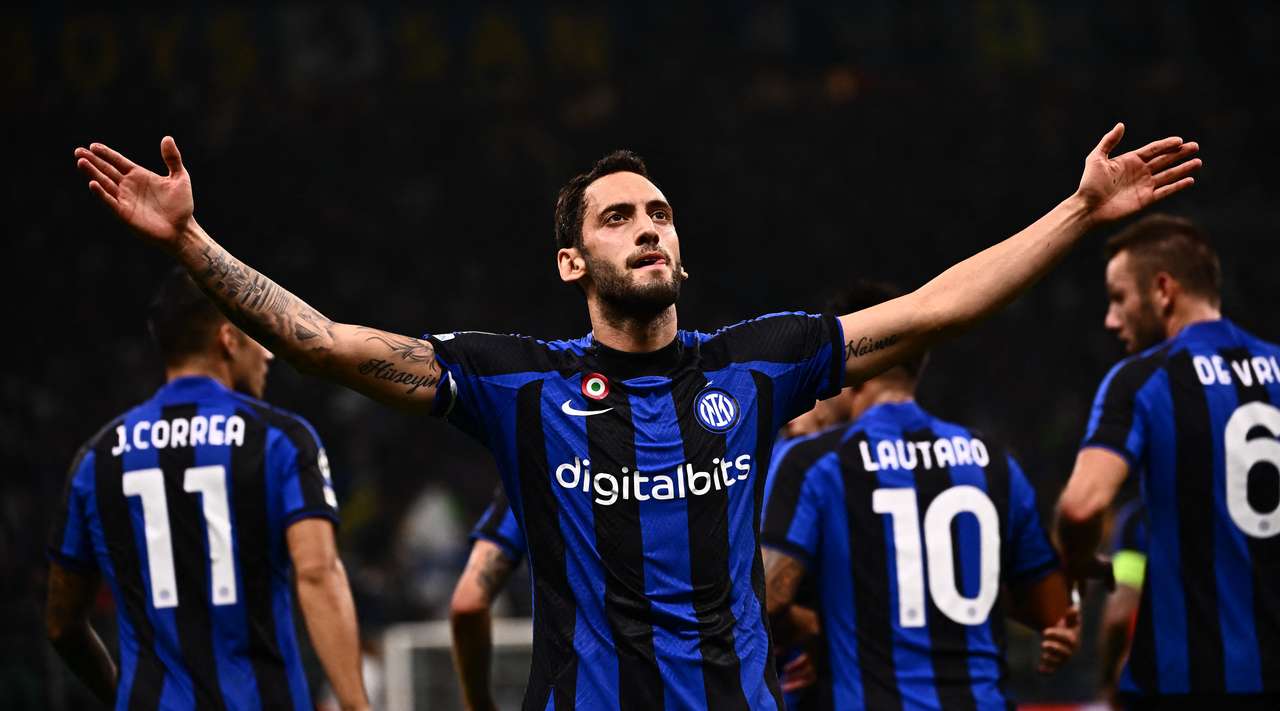 Hakan Calhanoglu's fine low drive in injury time of the first half was enough to give Inter Milan a crucial Champions League victory over Barcelona.

With Bayern Munich having beaten both sides and riding high on top of Group C, this game, and the one between the sides next Wednesday, looked crucial in deciding who will join the German giants in the knockout stages.

Neither side were particularly threatening in the first half, despite Barcelona dominating possession, and the goal came out of nowhere when the Turkish midfielder using a defender as a shield drove his shot across his body leaving Marc-Andre ter Stegen with no chance.

Barcelona were unlucky not to equalise in the second half as Ousmane Dembele saw an effort come back off the post and Pedri was denied an equaliser by VAR after Andre Onana's flap at a cross struck the hand of Ansu Fati at point blank range before the midfielder turned the ball home.

Then in injury time it seemed like Denzel Dumfries may have handled the ball in front of Ansu Fati, but despite one television replay suggesting this could have been the case, VAR ruled there was not enough conclusive evidence to overturn the decision.

The win leaves Barcelona desperate for a victory next week at the Camp Nou or they will be facing a second straight year without qualifying from the group stages. Inter lie second in Group C with six points, three behind leaders Bayern.