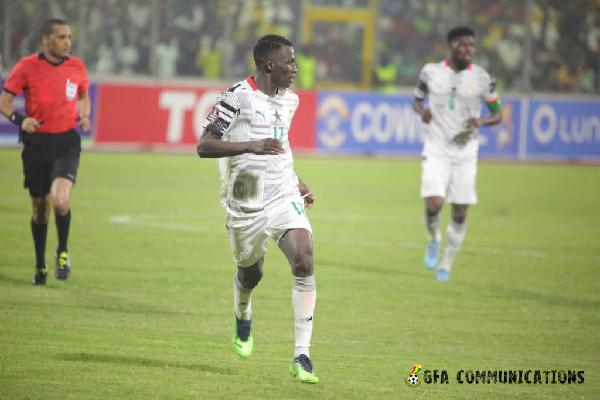 Asamoah Gyan has lauded AS Roma youngster Felix Afena-Gyan, however, he has warned it’s too early to make comparison.

Afena-Gyan has been compared to Gyan, who is Ghana’s the all-time leading goalscorer of the Black Stars, with 51 goals.

The 19-year-old was handed his maiden Black Stars call-up ahead of final 2022 World Cup play-offs against Nigeria – starting both games and putting up an incredible display by leading the line.

“They shouldn’t put that pressure on the boy. It’s too early to make that comparison. He’s a very good player,” the ex-Black Stars captain said on Citi TV.

“He’s got pace, passion. I saw the game against Nigeria in Kumasi. He was more passionate, he wanted to give something to the people, and that’s what he did. He knew what he had to do.”

“After the game [in Kumasi], he had cramps. When a player has cramps, it means he gave everything. That’s what I like about him but he needs a lot of movement.”

“When I was like him, I was doing the same but I had to learn a couple of movements.”

Felix Afena-Gyan has featured in 25 games across all competition for AS Roma and scored two goals so far this season.