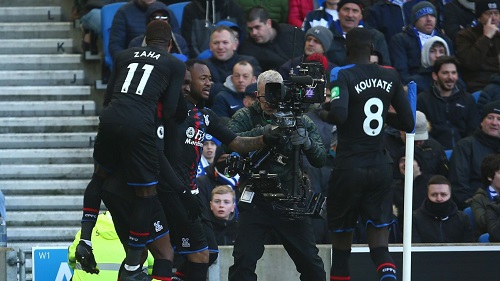 Ghana's Jordan Ayew was on target for Crystal Palace as they recorded victory againstÂ Brighton And Hove Albion in the Premier League on Saturday.

The Ghanaian scored the only goal of the game that separated the two sides at theÂ Amex Stadium. His second-half strike ensured that the Eagles beatÂ Brighton 1-0.

Ayew struck with 20 minutes remaining after latching onto Christian Benteke's pass inside the box to claim victory for his side.

The win has moved Crystal Palace to 12th on the standings with 36 points after 28 matches. Ayew has scored seven goals in the league for Roy Hodgsonâ€™s side in the ongoing season.

The Eagles will next host Watford at the Selhurst Park in Premier League matchday 29.