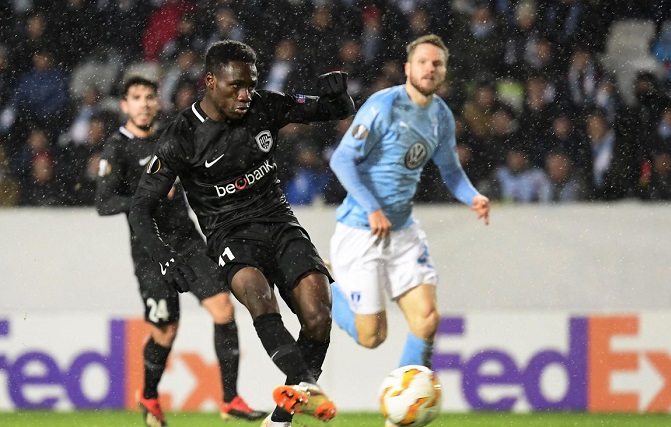 Paintsil scored on his Europa League debut against Malmo FF to earn a 2-2 draw for his side KRC Genk on Thursday evening.

Alejandro Pozuelo silenced the home side, Malmo FF as he produced a deft finish from 10 metres to send KRC Genk ahead.

Read also:Joseph Paintsil eyes Black Stars call-up Painstil doubled the lead of the visitors as he received a pass from Pozuelo and hit a right-footed pass-cum-shot from the penalty spot to the left corner.

However, Malmo FF had other ideas as goals from Oscar Lewicki and Marcus Antonsson in the second half restored parity in the game.

The 20-year-old saw 54 minutes of action as he was replaced by Dieumerci Ndongala.