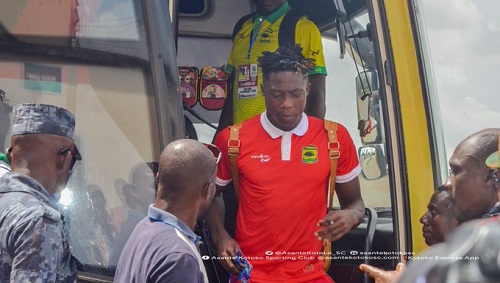 Asante Kotoko have suffered a blow ahead of thisÂ afternoon's clash against AshantiGold in the Ghana Premier League matchweek 10.

Midfielder Justice Blay has been ruled out of the Porcupines clash against AshantiGold.

The midfielder enforcer was earlier named in the starting line up to take on the Miners at the Baba Yara Sports Stadium.

However, Blay has been ruled out of the game due to malaria andÂ Ampem Dacosta has been handed a late call up. Blay's position has been taken byÂ Kingsley Effah.