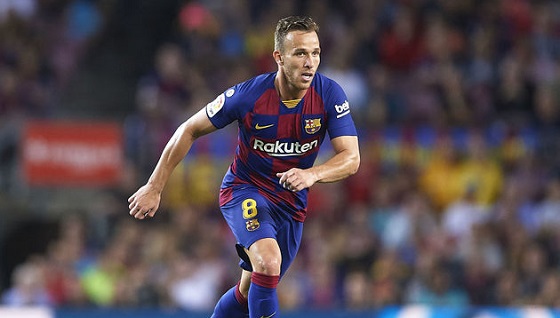 Despite the Brazil midfielder last month telling both clubs that he did not want to leave, the Italians are still hoping to persuade him.

Sky Sports News has been told Maurizio Sarri wants to build his midfield around him in a similar way to that of Jorginho at Napoli and Chelsea.

They have also offered the 23-year-old more wages than his current deal at Barca. According to Sky Italy, that offer is £4.5m (€5m) a year.

Arthur is expected to play for Barca tonight against Athletic Bilbao, and Sky Sports News has been told his preference is still to stay at the Nou Camp and fight for his place.

The two clubs are also said to want to conclude the transfer before June 30 – but Juve sporting director Fabio Paritici has denied this.

He has admitted publicly, however, that player still needs to be convinced.