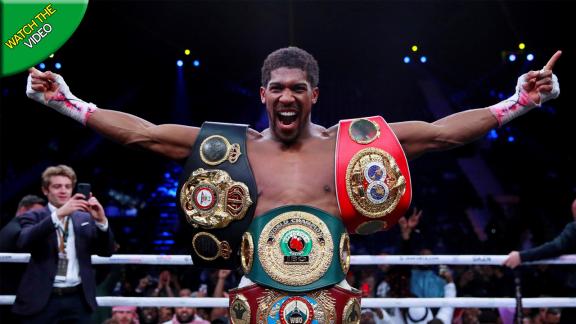 Kubrat Pulev claims he may be willing to step aside to let Anthony Joshua and Tyson Fury clash in their superfight.

Joshua has been ordered by the IBF to defend his world heavyweight titles next against Pulev and their June 20 date at the Tottenham Hotspur Stadium has been postponed because of the shutdown.

Pulev, 38, claims he still wants to face Joshua, but says he may be prepared to consider an offer to let AJ take on Fury for the undisputed crown.

The Bulgarian knows he could demand millions to delay his shot at Joshua and told Boxing Scene: â€œWe have signed contracts for that fight and everything is ready.

â€œI am ready for this fight against Joshua, so I donâ€™t know, nobody knows.

â€œWhen somebody comes to me and tells me something and offers me something, maybe. I donâ€™t know, but I want this fight.

â€œI am ready for this fight and I believe this fight will happen this year.

Pulev boasts a professional record of 28 wins with one loss - to Wladimir Klitschko in 2014 - including 14 victories by knock-out.

The 38-year-old was has never fought in Britain before, while Joshua's last two fights have also been out of the country.

A new date for the meeting between Pulev and Joshua is yet to be agreed. Meanwhile, Joshua's promoter Eddie Hearn confirmed to ESPN this weekend that talks with Fury's camp over the unification superfight have begun.